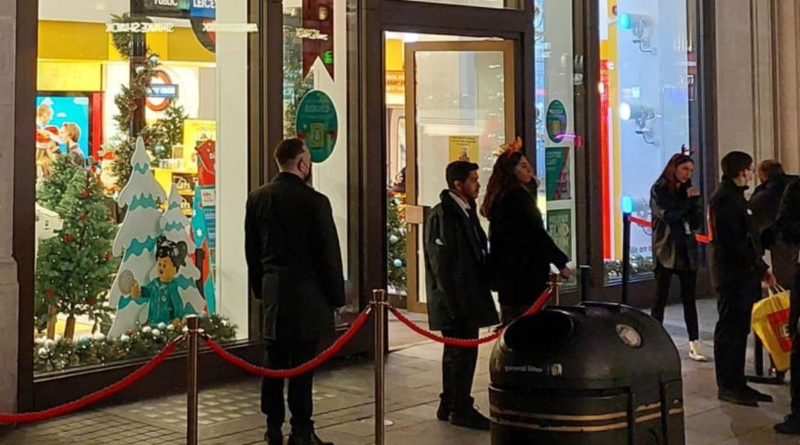 The LEGO Group is holding midnight launches for 75313 AT-AT across Europe – and eager fans have been queuing up for more than 36 hours to bag the new UCS set.

Former Brick Fanatics editor Graham Hancock snapped a photo outside the Leicester Square store earlier today, confirming that the first Star Wars fans in the queue had arrived at 7.30am yesterday. Wristbands for entry to the event, which will also feature a guest appearance from C-3PO actor Anthony Daniels, were being handed out from 10.30am today, but were in short supply.

Anyone hoping to get one will therefore have had to turn up early, but exactly how early is another question altogether. Did those fans need to queue for more than a day, and therefore presumably outside the Leicester Square LEGO Store in the bitter cold overnight, to be among the first to get their hands on 75313 AT-AT?

Possibly not – but in this age of sets selling out incredibly quickly, it’s definitely one way to guarantee you’ll end up with a copy this side of Christmas. We don’t yet know what stock levels of the 6,785-piece walker will be like, but given how quickly 10294 Titanic and 21330 Home Alone sold out earlier this month, we wouldn’t be surprised to see it vanish within the hour online.

Of course, there’s more to a midnight launch than just being first to get the set. As well as coming away with Threepio’s autograph, keen LEGO fans attending the Leicester Square event will also bag mystery freebies when purchasing the AT-AT, although the jury’s out on whether that will just be 40483 Luke Skywalker’s Lightsaber, the same as everyone buying online.

The other LEGO Stores taking part in the AT-AT’s midnight launch are San Babila, Berlin, Amsterdam, Copenhagen, Stockholm and Paris Les Halles. The opening event will apparently last for an hour, so you’ll have plenty of time to mingle with probably the most hardcore LEGO fans in town.

If you’re perfectly happy trying to secure a copy of 75313 AT-AT from your sofa, keep an eye on LEGO.com in the next hour or so, just in case it goes live early (it’s been known to happen!). If it launches on time, the latest Ultimate Collector Series set will be available to purchase from midnight GMT / 1am CET in the UK and Europe, and from midnight ET in the US.