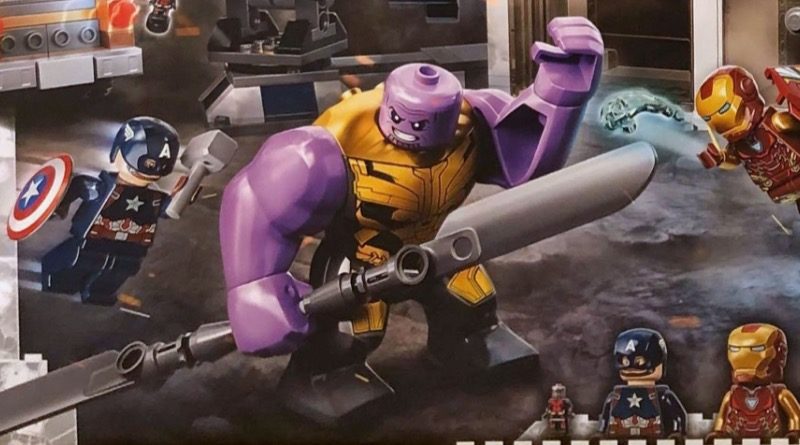 This summer’s LEGO Marvel sets have righted a longstanding wrong in the LEGO superhero pantheon by finally giving us a bald Thanos bigfig.

The supervillain has been helmeted in every last one of his previous LEGO Marvel Cinematic Universe appearances, despite the on-screen character’s tendency to drop his golden headpiece in favour of wearing his purple dome loud and proud.

Thankfully, the newly-revealed 76192 Avengers: Endgame Final Battle has finally made good on a brand new Thanos bigfig, which swaps out the helmet for a more accurate – but still wonderfully LEGO – oversized minifigure head, complete with a stud. Even better: it looks like this head can actually rotate.

The new Thanos also drops the previous figure’s moulded shoulder armour in favour of just printing straight on to the body element, which now bears a design more authentic to the finale of Avengers: Endgame. That’s the beauty of creating a character in LEGO long after the movie has already hit screens, but it’s not really a luxury the Marvel line has been afforded until now.

That’s all about to change, though, with this summer’s Infinity Saga sets, which between them revisit at least four movies in the Marvel Cinematic Universe: Iron Man, Black Panther, Avengers: Age of Ultron and Avengers: Endgame. You can check out pics of all five sets revealed so far by clicking here.