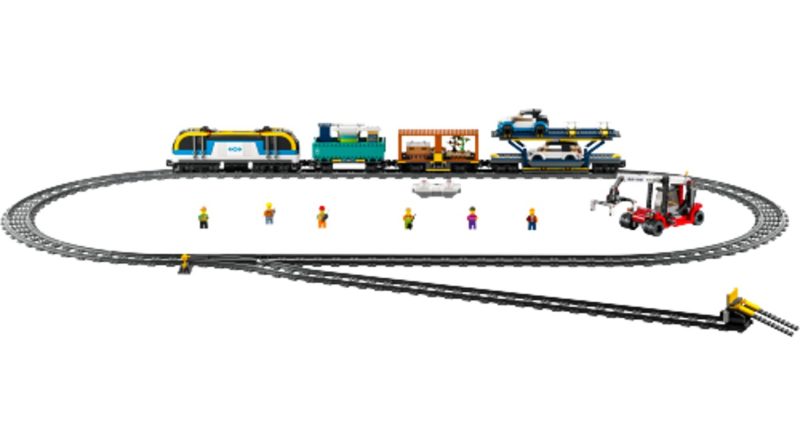 The first tiny image of a brand new LEGO CITY set has appeared on the instructions database, giving us a (blurry) glimpse of 60336 Freight Train.

One of the 2022 and 2023 sets to have popped up on the Building Instructions portal over the past couple of days, 60336 Freight Train is due to launch later this year. It’s also the first set of its kind since 2018’s 60198 Cargo Train, and will be motorised using the same Powered Up system as its predecessor.

We don’t know much else about the set at this point, other than that it’s rumoured to launch on June 1 for $179.99 in the US. That’s a full $50 cheaper than 60198 Cargo Train, which would be very welcome given 60336 Freight Train looks relatively comparable in size. Like its predecessor, it also includes six minifigures.

There also seems to be a similar quantity of track to run the train on, complete with a siding, as well as a separate forklift build and two cars to place on its car-carrier wagon. Veteran train collectors will no doubt be glad to see some variety in both the types of wagons and the colour scheme of the set’s locomotive, offering some incentive to double up with 2018’s set.

Also rumoured for release this summer is 60337 High Speed Passenger Train, which makes sense given passenger and cargo trains typically release in tandem under the LEGO CITY banner. That one’s not confirmed at the moment, though.