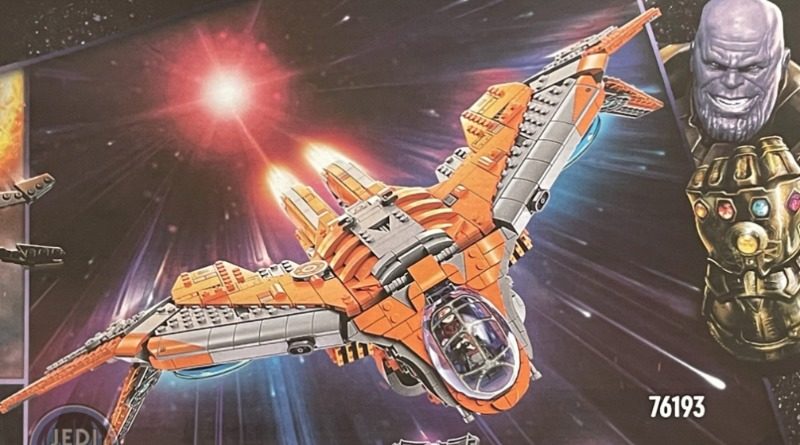 The first image of another of LEGO Marvel’s summer sets, 76193 The Benatar, has been spotted.

Marvel fans will recognise the orange, bird-like ship as the Guardians’ Ravager ship that became their primary mode of transport after their original Milano was destroyed. Post-Snap in Avengers: Endgame, it was also used frequently by the Avengers both on Earth and in space after returning Tony Stark and Nebula safely home.

Jedi News shared the first glimpse of the set, spotted on the back of the instructions for 76192 Avengers: Endgame Final Battle. You can just about spot a minifigure piloting the Benatar in the image, potentially Star-Lord himself, but we’ll have to wait and see what else might be included in the build.

It’s likely that these sets will be released for general sale from June 1, but we’ll of course keep you updated on confirmed information, including official release dates and prices, as soon as we know them.