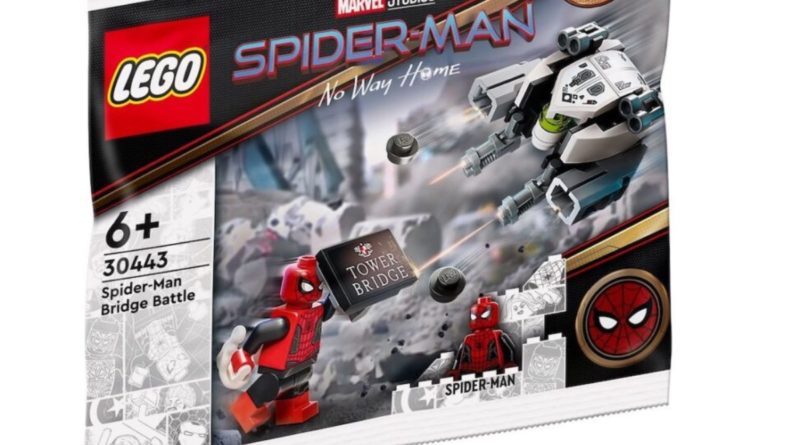 Following the news yesterday of the set appearing on LEGO.com, the first images of a new Spider-Man 2022 polybag have now been revealed.

The official online store added building instructions yesterday for a new Marvel polybag, 30443 Spider-Man Bridge Battle, but that’s all the information we had. Now, thanks to Instagram user Promobricks, the first images have now appeared, fully revealing the upcoming set.

While rumours suggested the set might focus on the wallcrawler’s battle with Doctor Octopus, glimpsed in trailers for Spider-Man: No Way Home, the polybag is instead a callback to the previous movie. 30443 Spider-Man Bridge Battle is based on the final skirmish between Spidey and Mysterio that takes place at the end of Far From Home.

The new polybag features the same Spider-Man minifigure that’s included with 76184 Spider-Man vs. Mysterio’s Drone Attack and a stud-firing Stark Industries Drone. Both sets are labelled as being ‘Inspired by Marvel Studios’ Spider-Man: Far From Home’, but feature the logo for Spider-Man: No Way Home too.

Also included in the polybag is a Tower Bridge sign that Spidey is using as a shield to protect himself from the Drone attack, and a handy web accessory. There’s no official announcement from the LEGO Group yet regarding 30443 Spider-Man Bridge Battle, but we’ll update you as soon as we have a release date and price.