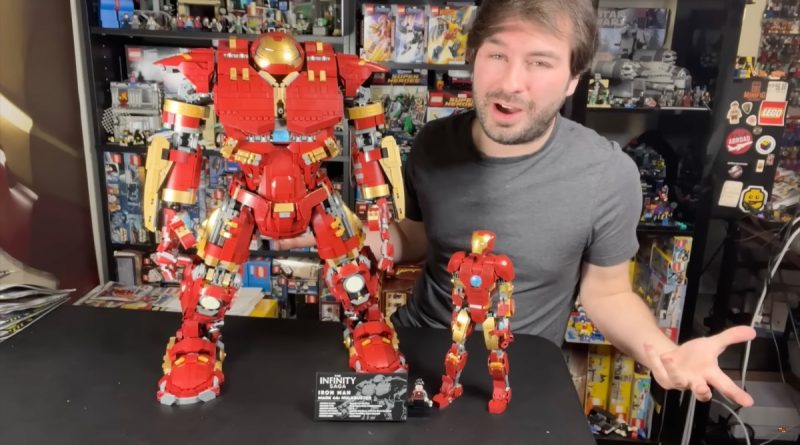 Early reviews of LEGO Marvel 76210 Hulkbuster are starting to land online, and first impressions of the newly-revealed £475 set are… not great.

Officially unveiled earlier this week following an early reveal in a LEGO Certified Store in Indonesia, 76210 Hulkbuster is the biggest and most expensive LEGO Marvel set to date. It won’t arrive in LEGO Stores worldwide until November 4 (for VIP members, ahead of a wider release on November 9), but early reviews are already starting to appear online.

The first of those is from YouTuber MiniSuperHeroesToday, whose first impressions of the 4,049-piece set are – as posited by the video’s title – that it’s a ‘massive let down’. His chief criticisms of the model are anchored around the gaps in the armour, most prominently visible around the feet, hips and shoulders, which he describes as ‘atrocious’.

“It just drives me up the wall to have blank space like this,” the YouTuber says. “I’m just not a big fan at all.” He also makes a point of the number of pieces that fly off the model as he moves it around for review, reinforcing that 76210 Hulkbuster is very much designed for display only. That’s unfortunately also the case with the mech’s arms, which offer its only real points of articulation.

“You can twist the entire shoulder, and I do have to say that it is pretty cool the ingenuity they put into the shoulders to hold the weight of the arms,” he adds, before showing off the joints at the shoulders, elbows and wrists. It’s here that more problems arise, however, as the hand and arm can’t lift high enough to properly recreate the Hulkbuster’s iconic palm-out pose – and rotating the wrists also pushes out the mech’s golden forearm gauntlets.

“It’s just annoying how for this kind of money – this is a big, big model, it’s going to cost a lot for you to get – I couldn’t even talk about it for a few minutes and spin it around without pieces falling off,” MSHT laments. “I’m just not a big fan.”

It’s not all bad: 76206 Iron Man Figure fits in neatly as intended, while there are a couple of neat design touches, like tyres underneath the Hulkbuster’s feet to give it traction. While pieces do fall off the exterior of the mech with ease, you’ll have a hard time accidentally knocking it over completely.

Support the work that Brick Fanatics does by hulkbusting your way through LEGO.com using our affiliate links.