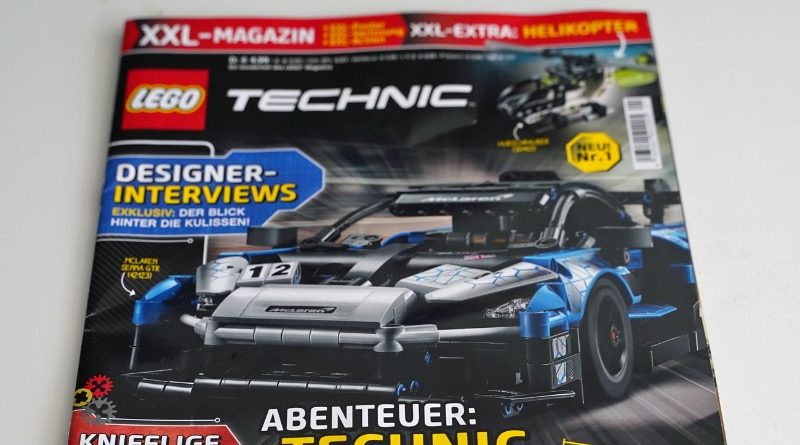 The inaugural issue of the LEGO Technic magazine has landed on shelves in Germany, and comes bundled with the theme’s first polybag in more than two decades.

Given how long Technic has been going, that’s pretty surprising – but it also suggests the accompanying magazine may need to come up with exclusive foil-bagged builds for potential future issues, much like the other titles printed by Blue Ocean Entertainment.

According to Promobricks, who managed to get their hands on a copy of the mag in Germany, the inaugural issue is actually pretty lean, coming in at just 20 pages. (By comparison, the other LEGO magazines typically ring in at 36 pages.) It does include interviews with several Technic designers, however, along with a mix of puzzles, activities and posters.

The majority of Technic models tend to be pitched at a slightly older audience than the demographic for the official LEGO magazines, so it’s interesting to see one produced for this theme. It looks like it may be the only one for now, though, as a survey at the back of the mag asks readers whether they’d buy another. Any future instalments may therefore depend on the results of that survey.

Whether Immediate Media will bring the first issue of the LEGO Technic magazine to the UK remains to be seen, but if it does happen, it probably won’t be for another month or so: the mags typically run a month behind in the UK compared to Germany.