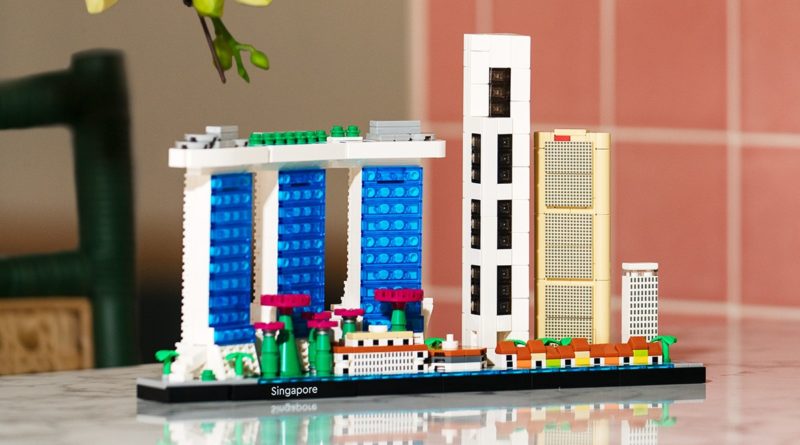 A new LEGO Architecture set has been revealed as a Singapore skyline recreation featuring icons such as the Marina Bay Sands hotel.

The LEGO Group has lifted the curtain on LEGO Architecture in the future with at least one set releasing for the theme, likely in 2022. The build was announced on social media with a series of four lifestyle images showcasing the instructions and main model, detailing what buildings are included.

The largest of the locations on the Architecture Singapore set, which currently has no given set number, is the Marina Bay Sands hotel. The unique building has already received a LEGO architecture recreation with 21021 Marina Bay Sands in 2013, which seems to have been replicated with brighter colours here.

Various greenery lines the water at the base of the model, with rows of houses and other places from Singapore dotted over the black-lined display stand. On it, a printed tile with the name can be seen.

This set was previously rumoured to release with the name 21057 Singapore’s Skyline, though with no confirmation of the model number or name, nothing beyond the featured city has been confirmed. However, according to those reports, the price for the upcoming Singapore model could be $59.99.

The addition of the LEGO Architecture Singapore build is likely to follow, with official details of price and the likely 2022 launch coming soon.