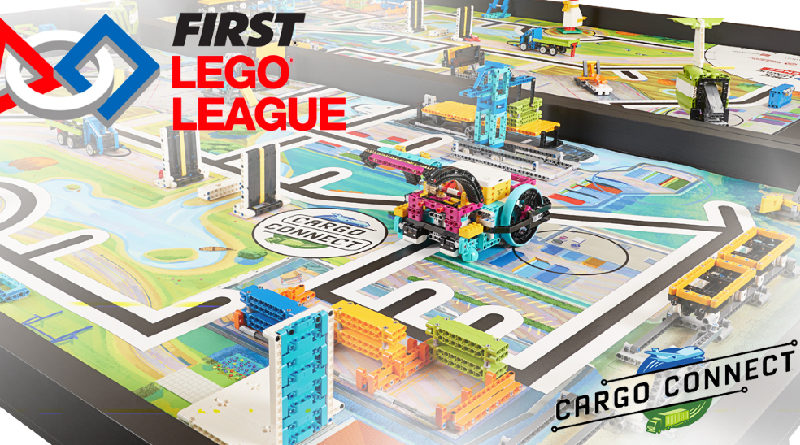 The theme for the 2021/2022 FIRST LEGO League has been revealed as Cargo Connect along with a pair of new sets made exclusively for the competition.

Cargo Connect is the name of the FIRST LEGO League’s theme for 2021 with the tournament aiming to teach children about how cargo is transported from the manufacturer, sorted for the right destinations, and delivered to the right parties. It’s a process the LEGO Group is no doubt incredibly familiar with thanks to their multiple worldwide facilities producing the plastic bricks.

As part of this announcement, a pair of new FIRST LEGO League kits were revealed showcasing the unique, education sets that focus on cargo transport. One of them is for the ‘explore’ division of the contest aimed at older builders, with a small factory and processing area for an included truck to load up at. One minifigure is included as the driver too.

The ‘discover’ part of the FIRST LEGO League is aimed towards younger competitors and as such, a DUPLO set has been produced with a similar model in mind. Four characters are included alongside a yellow truck and small factory area. Both builds are just enough to demonstrate the process to entrants before they embark further into the competition.

LEGO Ideas has even been getting involved with the FIRST LEGO League with a recent contest asking builders to design a challenge for a future year and stand a chance at winning some educational prizes on offer.

The FIRST LEGO League is the largest STEM competition in the world with students from over 100 countries taking part to see who takes home the grand prize. Aside from the prizes, it helps to inspire a new generation of adults into jobs in engineering and technology.