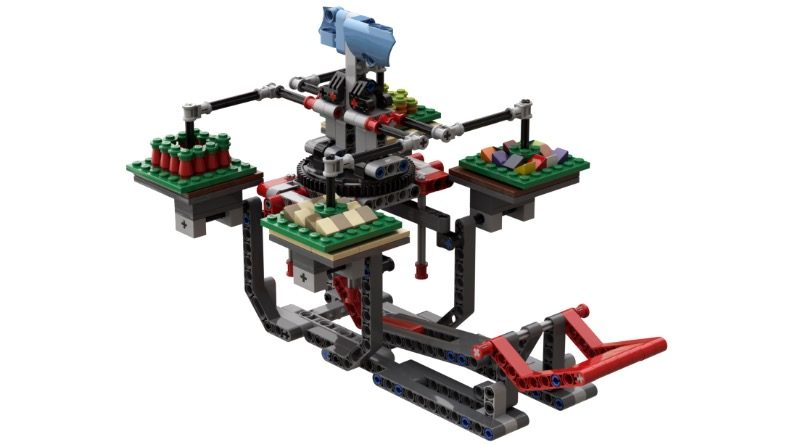 LEGO Ideas has announced the winners of its contest to design a new mission model for the FIRST LEGO League.

The world’s foremost robotics competition, FIRST LEGO League is intended to inspire kids to pursue careers in STEM (science, technology, engineering and maths) fields. Students from over 100 countries compete in the tournament every single year, using robots controlled by LEGO MINDSTORMS to overcome challenges and rack up points.

Each and every one of those challenges is anchored around a ‘mission model’, which needs to be activated autonomously by the MINDSTORMS-controlled robots to perform its respective task and complete the mission. A recent LEGO Ideas contest challenged builders to design a brand new mission model, to be used in a future FIRST LEGO League event.

The Ideas team has now revealed the grand prize winner who will be given that esteemed honour, along with two runners-up. Topping the podium is Beto_Builds, whose sustainable agriculture challenge tasks competitors with replicating a crop rotation sequence. In order to complete the mission, robots must push the button to raise the crops, and move the propeller to make them rotate.

The two runner-up models are ex-LEGO designer Tiago Catarino’s two-stage ball mission, which challenges entrants to release a ball, pick it up and drop it back on top of the build; and Griffinrampant’s ball jump, which requires the robots to find the perfect trajectory to send a ball down a ramp and into a golden bullseye ring. They’ve bagged themselves a trophy, a $100 gift card and 45678 SPIKE Prime Set.

You can check out all the winning designs over at the LEGO Ideas blog. If you’re itching to win a prize for yourself, you can currently cop a copy of 76178 Daily Bugle in the platform’s LEGO Marvel contest.