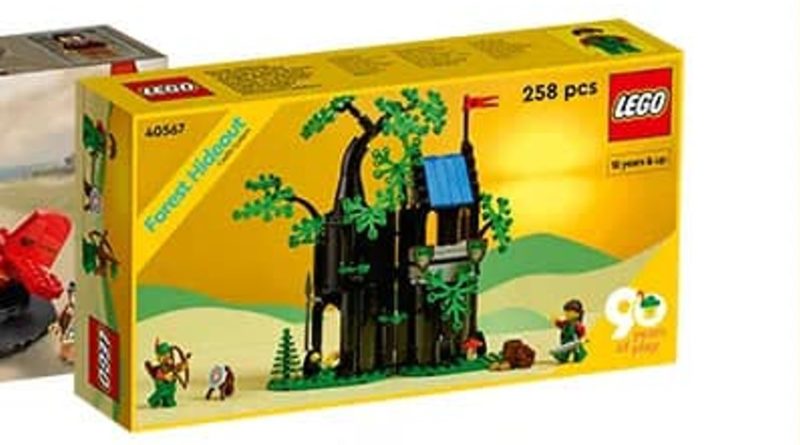 A first look at the rumoured LEGO 40567 Forestmen’s Hideout GWP has been revealed by a certified LEGO store in China, leaning into nostalgia.

After being reported earlier this week, Candid Bricks have spotted that a Certified LEGO Store in China has shared a look at the offers for June, which includes one gift that is familiar, and one that isn’t.

Alongside 40450 Amelia Earhart Tribute, the rumoured 40567 Forestmen’s Hideout is pictured. According to a translation, it will be on offer at the store from June 15 to 30. That might not be accurate to worldwide availability, but it could offer an idea of when we can expect it to be released. This also aligns with 40533 Cosmic Cardboard Adventures’ availability being extended on the online store until June 14.

The build is a recreation of 6054 Forestmen’s Hideout and features the 90 Years of Play branding in the corner, making this another set created specifically for the 90th anniversary of the LEGO Group. Two minifigures, a target, accessories and the hideout itself make up the set over 258 pieces.

This might also be evidence that it is intended to be offered alongside the rumoured 10305 Lion King’s Castle, though that’s yet to be officially confirmed by the LEGO Group.