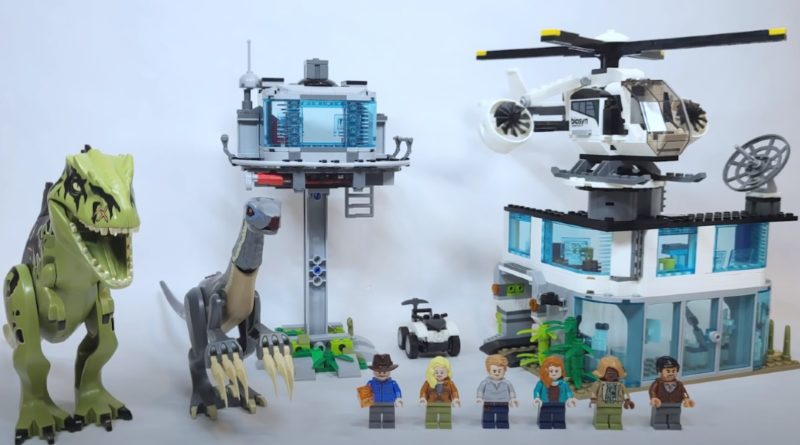 A review of the biggest LEGO Jurassic World Dominion set has surfaced, offering a closer look at the two new dinosaurs and returning characters.

Jurassic World Dominion is currently scheduled for release on June 10, but the LEGO sets are launching before then on April 26. However, a Master Mind Toys retailer in Canada has already started stocking one of the models – 76949 Giganotosaurus & Therizinosaurus Attack – despite it being not yet revealed officially.

LEGO YouTuber Ashnflash has found the build and uploaded a full review to the video-sharing platform, taking a look at the dinosaurs, models and minifigures including older versions of Alan Grant and Ellie Sattler.

Exclusive aspects of this sets include the two dinosaurs and the Alan Grant, Ellie Sattler and Henry Wu minifigures. For those who are nostalgic to the original Jurassic Park, the first two characters are likely to be tempting and the review showcases their designs in full with outfits referencing their previous appearances as well as an extra face print for Ellie Sattler.

No release date or price has been officially announced for this set, though it was previously spotted at a retailer for $129.99 in the US.

Consider supporting the work that Brick Fanatics does by purchasing your LEGO Jurassic World sets using our affiliate links. Thank you!