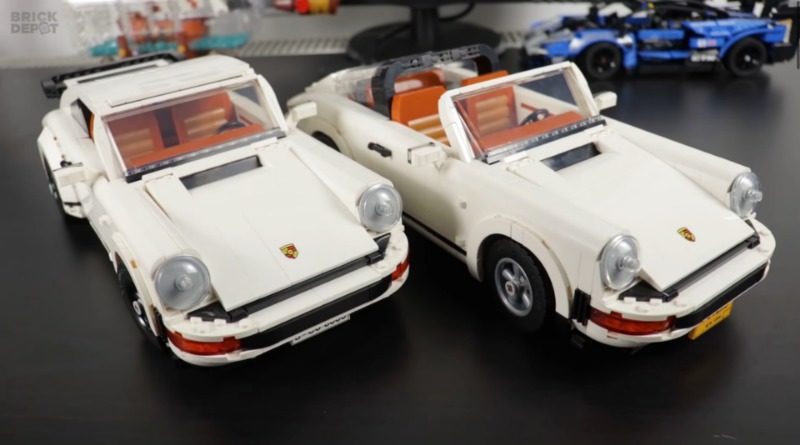 One YouTuber has already built two copies of the new LEGO 10295 Porsche 911, giving us a side-by-side look at both its Targa and Turbo variants.

The latest vehicle from the theme formerly known as Creator Expert is its first 2-in-1 set, able to be built in both Turbo coupe and Targa convertible form – but not at the same time. Unless, that is, you pick up two copies of the model.

In steps Brick Depot, a YouTuber who’s now managed to get his hands on two LEGO sets way ahead of release (the first being 21325 Medieval Blacksmith). But he hasn’t stopped at one copy of 10295 Porsche 911: instead, he’s acquired and built two, offering us a first look at both of its cars side-by-side.

As he explains in his video, you’ll use the first eight bags in the box regardless of whether you build the Targa or Turbo. But you’ll then continue the build with either bag nine or 10 depending on whether you want a fixed or removable roof, which is the most obvious (but not only) difference between these two cars.

Brick Depot prefers the Targa, but says the set is an ‘almost perfect’ recreation of a Porsche no matter which you choose. That’s high praise for the 1,458-piece set, which is due to launch on February 16 for VIP members. While you wait, hit play on the video above, then check out all the official details, the full gallery of images, and the exclusive gift-with-purchase for early adopters.