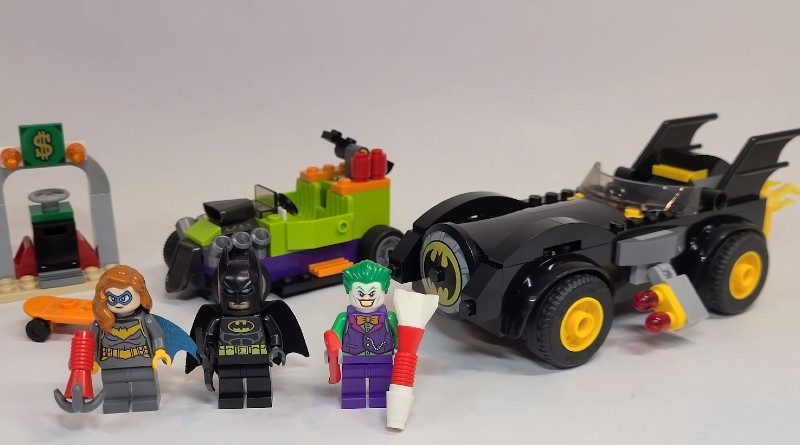 If you’ve been looking for a new LEGO Batmobile the first review for 76180 Batman vs the Joker: Batmobile Chase is online, pouring over every detail of the new DC set.

Alongside several other LEGO models including a recreation of the classic Batman TV series Batmobile, 76180 Batman vs the Joker: Batmobile Chase will launch on Monday, but it seems that at least one Canadian retailer just couldn’t wait to sell it.

Ashnflash found the build at Mastermind Toys and has provided a close look at the 4+ set ahead of its release, as well as the three included minifigures and Batmobile.

Aside from the Batmobile, which mostly uses one, large piece and some printed detailing, a vehicle for the clown prince of crime is also included, which features a built-in catapult for some kind of red canisters. Could these be filled with his signature laughing gas? This build uses a similarly large piece, as is to be expected for a 4+ set.

The minifigures may be the highlight of the set though, with the Caped Crusader and Joker both featuring with the former being the same version used for almost 10 years. However, the other character in the model, Batgirl is based on her rebirth appearance and is only otherwise available in the much more expensive 76160 Mobile Bat Base.