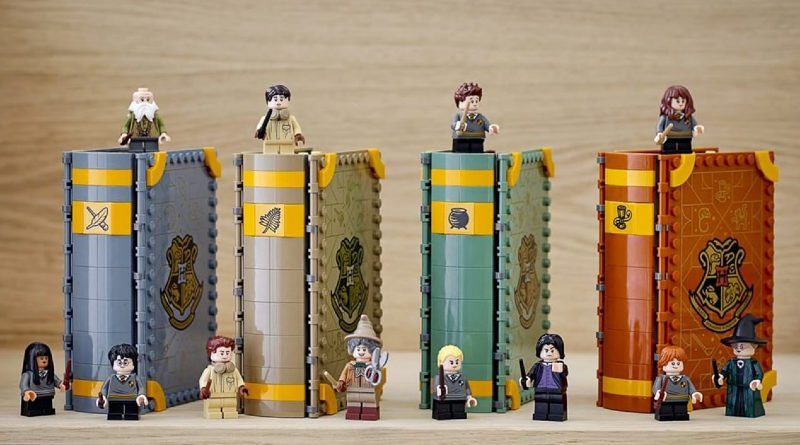 LEGO Harry Potter fans get a first look at the new Hogwarts Moments series of sets, including characters and classrooms from the Wizarding World.

The Harry Potter Hogwarts Moments series is made up of four LEGO sets, each depicting a classroom from the magical school. The collection includes 76382 Transfiguration Class, 76383 Potions Class, 76384 Herbology Class and 76385 Charms Class.

The new collection of book-inspired builds has now been sent out to LEGO content creators after being revealed in November. This includes Between the Bricks who has shown off all four Hogwarts Moments sets in a review.

The sets each include minifigures of students and teachers and a textbook build which opens to reveal a classroom inside.

The video provides good insight into the contents of each set and how to combine them, but also how to store the accessories when in textbook form.

April provides a size comparison for these sets, placing them on a shelf next to the LEGO Ideas 21315 Pop-up book, the Disney Storybook Adventures sets, 40410 Charles Dickens Tribute, 40291 Creative storybook and the new 30628 The Monster Book of Monsters promotional set.