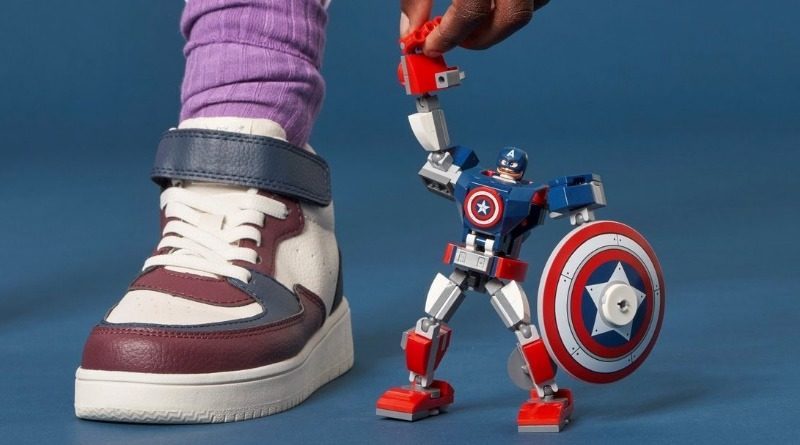 Fans of LEGO Marvel mechs, rejoice: you can now get a first look at 76168 Captain America Mech Armour.

It’s one of three new pocket money-priced Marvel mechs launching in January 2021. Each set includes a small buildable mech and a single minifigure – in this case, Captain America. While the mech itself may not be much of a draw for adult collectors, the set provides an easy way to grab a main character with new torso printing.

YouTuber just2good has secured an early copy of the set from US department store Kohl’s, and published his first thoughts on the model to his channel.

“What we have here [are] some fantastic pieces and actually a pretty good build,” he says. “The build of the mech looks nice. It’s that colour scheme that really sells it, and maybe that America imagery with the shield and everything else.”

76168 Captain America Mech Armour will launch in January 2021, along with at least five other LEGO Marvel sets. You can check out all the details here. Another two Marvel sets have also been revealed, but they don’t yet have an official launch date.