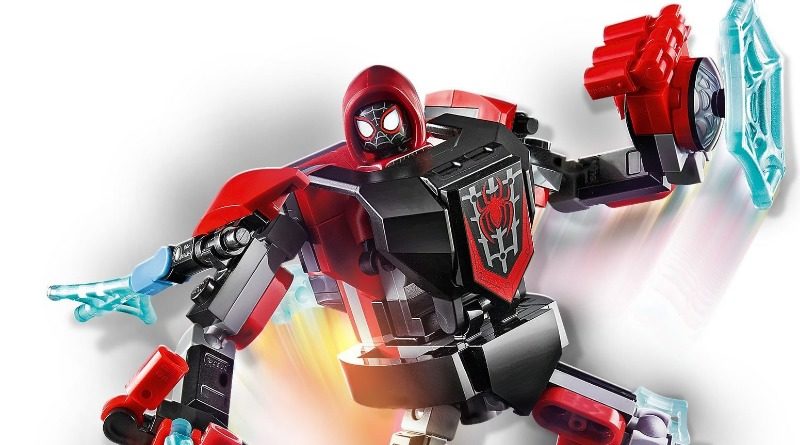 There’s a new Spider-Man in town with 76171 Miles Morales Mech Armor, which you can now get a first look at thanks to an early review.

Three new Marvel mechs are launching in January 2021, each including a buildable suit of armour and a minifigure. As its name suggests, 76171 delivers a brand new and exclusive Miles Morales minifigure, with a new hood element, dual-moulded legs and all-new printing.

That should make this a must-have for character collectors, even if you’re not bothered about the mech itself. YouTuber Ashnflash has received an early copy of the set, and confirms that most of the appeal lies in the minifigure.

“There’s something about the arms and legs – it just looks a little lanky,” he says. “[It’s] so skinny and scrawny that I don’t think it works really, in comparison to some of the other mechs we got last year.”

Ashnflash says there’s at least one other reason beyond just the minifigure to pick up 76171, though: “It is cool to be getting the web pieces in this brand new colour, and the new hood piece is just stellar.”

76171 Miles Morales Mech Armor will launch in January 2021, along with at least five other LEGO Marvel sets. You can check out all the details here. Another two Marvel sets have also been revealed, but they don’t yet have an official launch date.