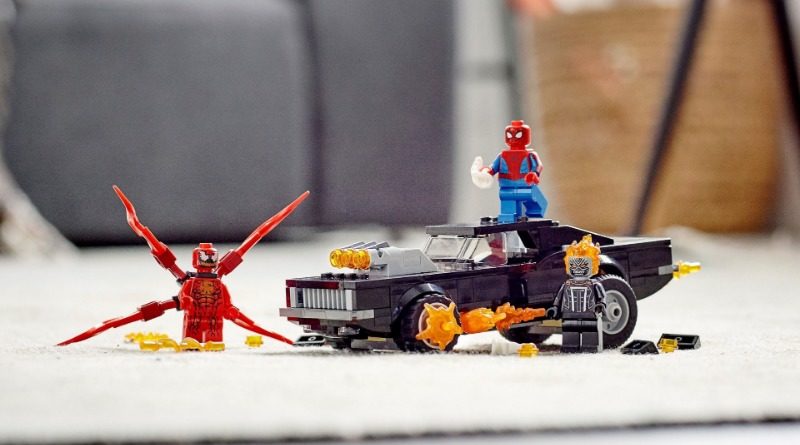 Superhero fans can get a first look at 76173 Spider-Man and Ghost Rider vs. Carnage, which introduces a brand new character to the LEGO Marvel line-up.

This isn’t the first time Ghost Rider has appeared in bricks, but it is the first minifigure of Robbie Reyes’ character. The previous version, in 2016’s 76058 Spider-Man: Ghost Rider Team-Up, was based on Johnny Blaze. (That’s Nic Cage’s character from the two Ghost Rider movies, if you’re not familiar with the comics.)

76173 Spider-Man and Ghost Rider vs. Carnage includes Reyes and his Dodge Charger, along with the eponymous Spider-villain and, of course, Spider-Man himself. This version does at least include brand new arm printing for 2021, though, giving him some appeal even if you already have a veritable Spider-army.

YouTuber just2good has published an early review of the new 2021 set, offering a first look at the characters and model included. One notable feature is the option to add trans-orange flames to the car, or display it as a regular old Dodge Charger.

“This is one of the best uses of the energy blast pieces, where it actually looks like there’s flames coming out from the side and back of this vehicle,” just2good says. “I will say though, it is kind of lame that this side only has one of those energy blast pieces. The rest uses up the other pieces, so really one side looks pretty kick-ass.”

76173 Spider-Man and Ghost Rider vs. Carnage will launch in January 2021, along with five other LEGO Marvel sets. You can check out all the details here. 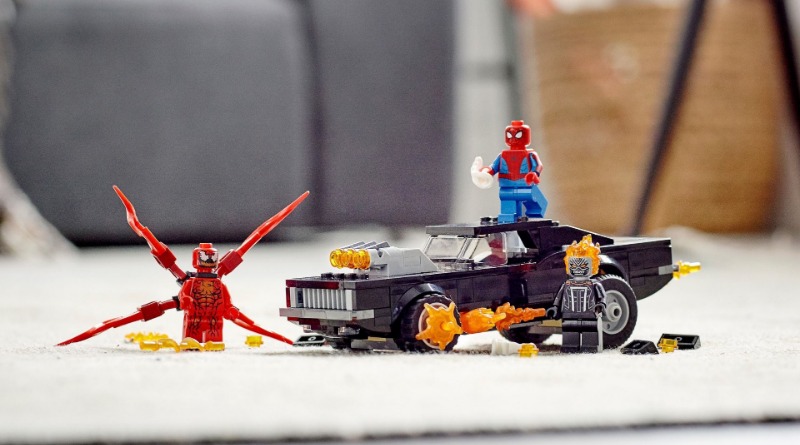