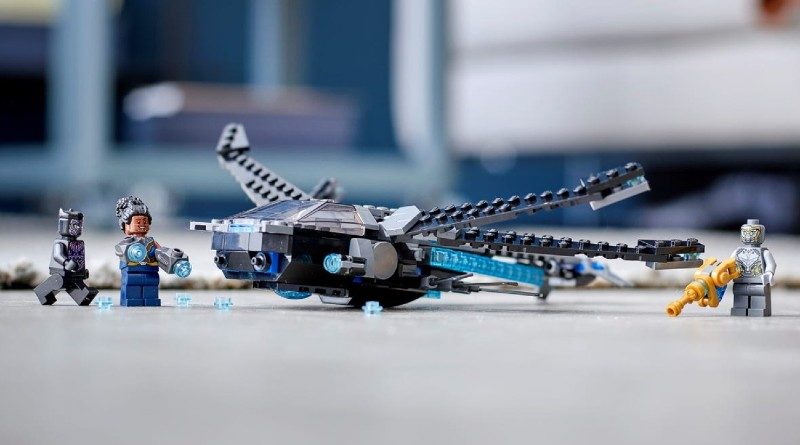 The first reviews of the LEGO Marvel The Infinity Saga sets are starting to appear, giving us an initial look at the new minifigures and models in 76186 Black Panther Dragon Flyer.

Following their addition to the official online store, some lucky builders have started to get their hands on the new range of LEGO Marvel sets. The wave won’t be focusing on upcoming releases and to-be blockbusters this time though, as the past chapters of the Marvel Cinematic Universe are the focus. You can take a look at one of the two new builds based on Avengers: Endgame courtesy of Brickset’s early review.

One highlight of 76186 Black Panther Dragon Flyer is its minifigures, which include a new version of the titular Wakandan superhero as well as one for Shuri in her battle gear and an updated appearance for one member of Thanos’ armies – a Chitauri. The photos give us a clear look at all three characters with the detailing on the former carrying on to the back of the head.

The poseability of the vehicle is also demonstrated in the review, with an impressive amount of moving parts integrated into the build.

LEGO 76186 Black Panther Dragon Flyer will launch alongside the rest of the Marvel The Infinity Saga sets on June 1 or August 1 in the US. Alternatively, you can pre-order the 18+ 76191 Infinity Gauntlet now ahead of its release on the same day.