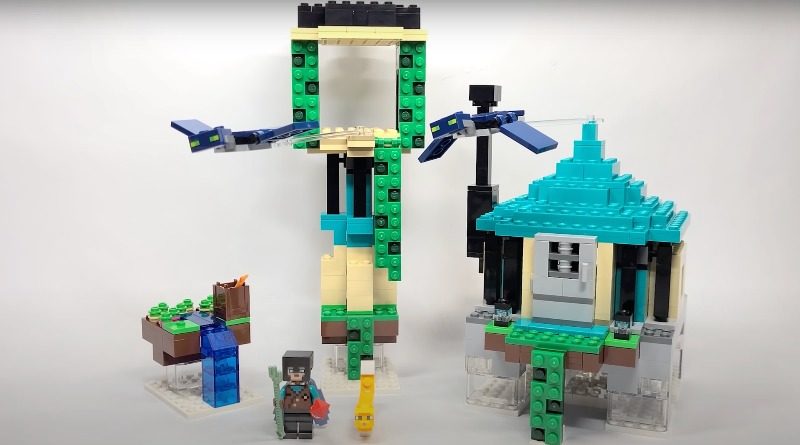 After the recent release of LEGO Minecraft summer sets, get your first up-close look at 21173 The Sky Tower.

LEGO YouTuber Ashnflash has offered his review of the build in his latest video, which eagle-eyed Minecraft fans will be able to spot gives us many firsts. The flying creatures displayed are known as phantoms, beasts that attack the player from the air when they haven’t got enough sleep.

Not to worry though, as your figure has all he needs to fight and evade the flying pests, armed with a trident, elytra wings, a firework rocket, and a Netherite helmet. None of this gear has been found in other LEGO Minecraft builds, so it’s a good one to add to your collection of you’re a fan of the game.

The build also includes the eponymous Sky Tower, as well as a floating blacksmith’s house and the player’s trusty ocelot pet, another LEGO Minecraft first. Ashnflash particularly enjoyed how you can make the set your own, with plenty of customisation and flexibility in how you arrange the mobs and the structures as you prefer.