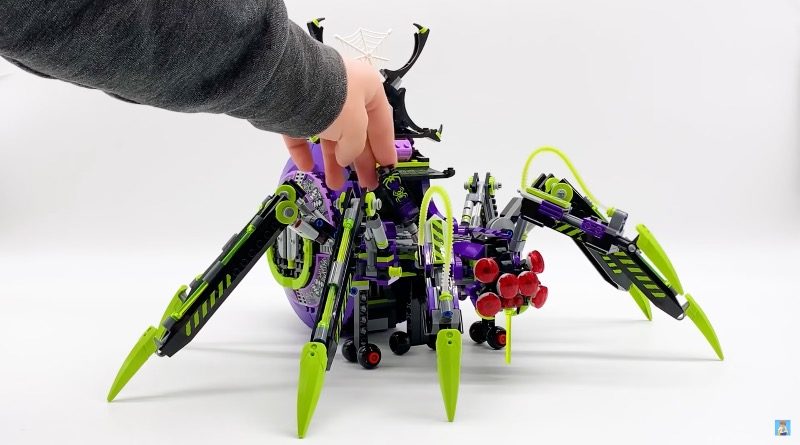 More LEGO Monkie Kid reviews have arrived online, offering a better look at 80022 Spider Queen’s Arachnoid Base ahead of its release next week.

A brand new wave of Monkie Kid sets will launch at LEGO.com on March 1, with eight different products up for grabs – including the theme’s first ever accessory pack. We’ve already seen an early review of the largest set in the new batch, 80024 The Legendary Flower Fruit Mountain, but the first reviews of the rest of the wave are now starting to appear online too.

80022 Spider Queen’s Arachnoid Base rings in at almost half the pieces of that set – and almost half the price – while bringing us a seriously creepy vehicle for the theme’s new villains. YouTuber Bricks By Mind has published a first review of the model, so you can decide whether it’s worth conquering any latent arachnophobia ahead of Monday’s release.

Even if spiders aren’t your favourite thing in the world, this vivid purple and lime green base probably won’t cause you too much consternation. That’s no bad thing, though, because it means you’ve basically got no reason to pick up what’s essentially a giant walking lair. Four of the legs are articulated, with a mechanism allowing the front two to move simultaneously.

“It captures the shape of a spider absolutely perfectly – I’m kind of in awe at how well this is done,” Bricks By Mind says. “It’s just such a fun build, I love this so much.”