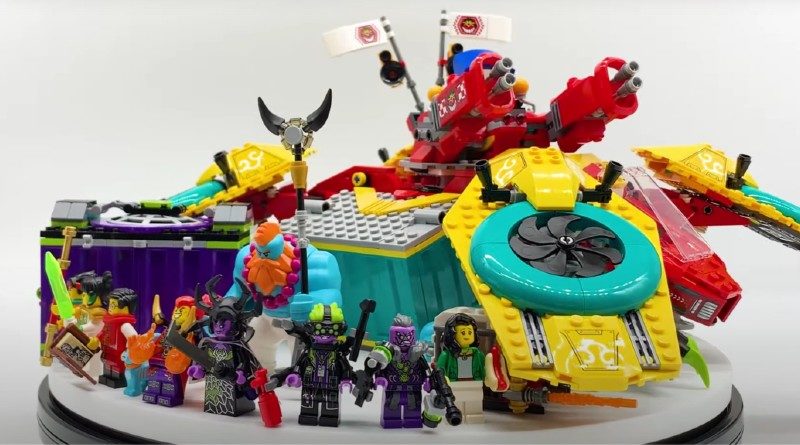 A new review of 80023 Monkie Kid’s Team Dronecopter is offering a first look at the soon-to-be-released 2021 set, including its mammoth selection of minifigures.

LEGO Monkie Kid will soon expand with a new range of models themed to the next chapter of the story, which is based on Chinese legends. As part of this wave, one of the largest vehicles for the Monkie Kid team yet will be released.

80023 Monkie Kid’s Team Dronecopter has now found its way into the hands of LEGO YouTuber Bricks By Mind, who was sent the set by the LEGO Group. Thankfully, he has been working his way through the 2021 range of sets, including reviewing this flying fortress.

Those familiar with Monkie Kid may be especially excited for this set due to its minifigure selection. Not only does Mei find herself in a new costume, with more golden dragon detailing and shoulder armour, but the last remaining character of the heroic team has finally received his very first minifigure.

Mr Tang will be making his physical debut in 80023 Monkie Kid’s Team Dronecopter and the video gives us a great first look at what to expect from the character. There are a few interesting parts to this minifigure, including the exclusive printing on the torso and dual-moulded legs. However, one of the most desirable elements in the set might be the new LEGO book, which features printing on the cover, as well as a tile inside depicting an ancient tale.

The actual model itself is shown in full too, with the ability to attach two of the included cargo containers making this an airborne base for the team. The inside of the crates include furnishings for the characters, such as an arcade machine with new designs.