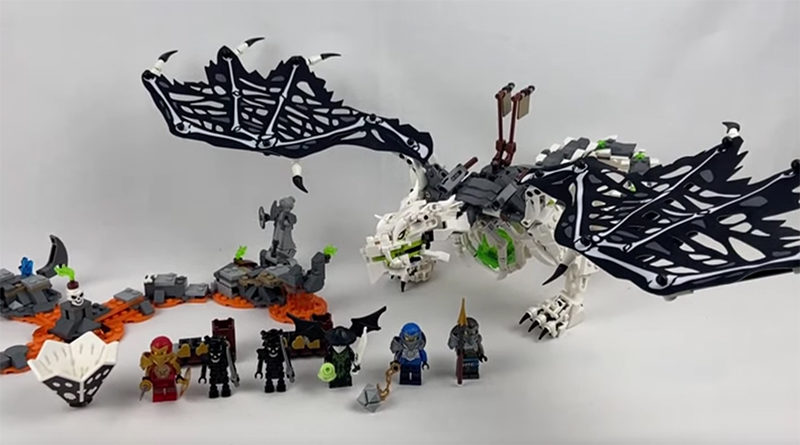 A lucky YouTuber has got their hands on one of the summer’s new LEGO NINJAGO sets, 71721 Skull Sorcerer’s Dragon.

LEGO NINJAGO 71721 Skull Sorcerer’s Dragon is one of the summer’s new LEGO releases, and Brickstory has got it earlier. The YouTuber has shared a look at the set, expected to get a wide release on June 1, with a detailed review of the model itself and the minifigures.

It is in the German language, but the physical look at the set of course needs no second language skills.

One of the most interesting aspects of the set is that it includes a fold-out map, which explains how the new tabletop game aspect of LEGO NINJAGO will work. Given that each set only has a small section of board game, this explains how there will be enough of a board for players to get a decent game going. The brick-built section includes some functionality to enhance gameplay.

That shouldn’t detract from the white dragon, with the NINJAGO tradition of recreating the mythical beasts in different ways still going strong.