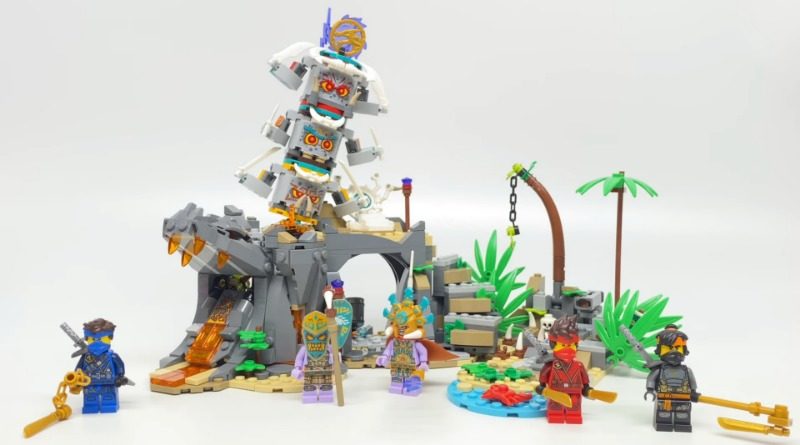 LEGO NINJAGO fans can get a first look at a Season 14 set, 71747 The Keepers’ Village, thanks to an early online review.

The next wave of NINJAGO sets isn’t due to launch until March 1, but that hasn’t stopped YouTuber just2good from getting his hands on at least one of the sets ahead of schedule.

Justin was apparently sent the 632-piece model by a fellow YouTuber, who picked it up at Target in the US. And he’s already published a full review of the set on his channel, giving us a first look at what to expect from 71747 The Keepers’ Village.

His video shows off the play features, minifigures and design of the set, which plays heavily into the island theming of the latest NINJAGO wave.

“Overall I actually like this set was more than I thought I would, with the overall design not only providing a good play set but a good display set,” Justin says. “There’s some nice part usage that I do like, like the thin tube part for the [tree] trunk, the lava flowing at the side, and I really like how they did that play feature of the booby trap. That’s probably my favourite part of the set.”