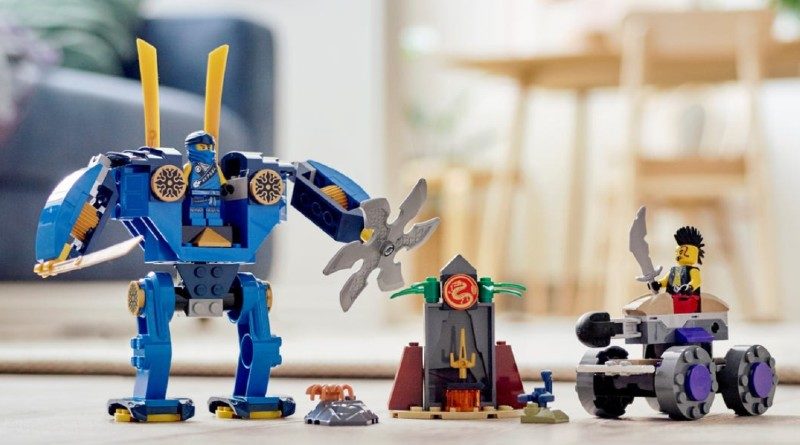 The LEGO NINJAGO Legacy 71740 Jay’s Electro Mech set has found its way into the hands of one fan before its official release, meaning we can now get a closer look.

The upcoming NINJAGO Legacy set forms part of the march wave of LEGO NINJAGO, which also the models for an all-new season. It is the only Legacy set of the upcoming range and is a remake of 2015’s 70754 ElectroMech. the LEGO YouTuber, Just2Good, has now found the set at LEGOLAND Florida and published a review, perfect if you’ve been on the fence for this build.

The YouTuber notes that the minifigures include that of Jay in a Legacy suit and Eyezor, the same version that also features in 71735 Tournament of Elements and 71736 Boulder Blaster, granting fans a chance to grab the figure at a reduced price.

The mech also introduces two new leg pieces, with stud attachments at the knee and one point of movement at the hips. The bottom of this new piece provides a four stud attachment point. No doubt the LEGO community can figure out some inventive uses for this new element.

Aside from the mech, a build for an Anacondrai blaster and miniature shrine can be found. This set will launch on March 1 and will be joined by two other NINJAGO Legacy sets later this year.