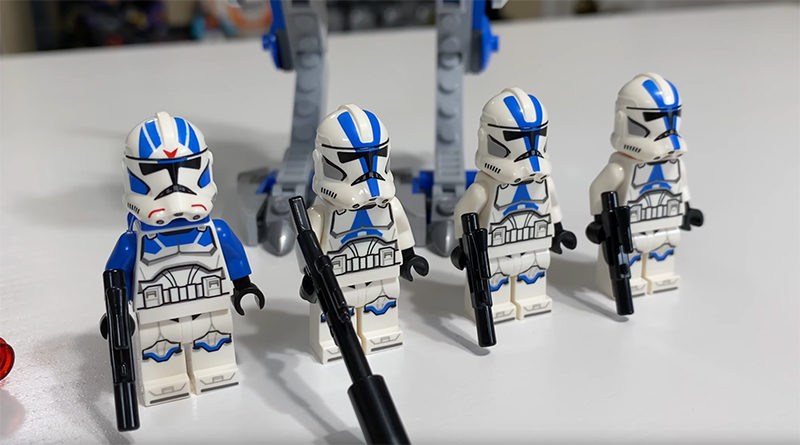 Fans can get a first look at the upcoming LEGO Star Wars 75280 501st Legion Clone Troopers set in a new video.

LEGO Star Wars 75280 501st Legion Clone Troopers is due to launch on August 1, but fans can get an early look in a video on the MandRproductions YouTube channel. Copies of the set turned up with the vlogger early as it was Ryan who encouraged fans to spam the LEGO Group’s social media posts with comments, which led to the set being made.

Ryan of MandRproductions amplified the message using his YouTube channel: “Together we can make a ginormous change in the way in the way the LEGO Group is running right now, they can completely change their entire product line with one simple LEGO set.”

While the company is still running the same way as it was before, this set was put in production as a result of fans online, with the content taking inspiration from The Clone Wars Season 7.

“LEGO made some nice improvements over the original 501st Clone Trooper from 2013 with this one, and maybe in some people’s eyes they took a couple of sets back. The biggest changes and most notable changes are they changed the arms from blue to white, and a lot of people are going like ‘how could do they that?’, but all white is more accurate,” he says of the minifigures when compared to the previous edition.

“Maybe the biggest change that a lot of people are irked by though is the hip piece being changed from black to white. You can see black on the older character to black on the newer one. I think ultimately this is a better choice.”