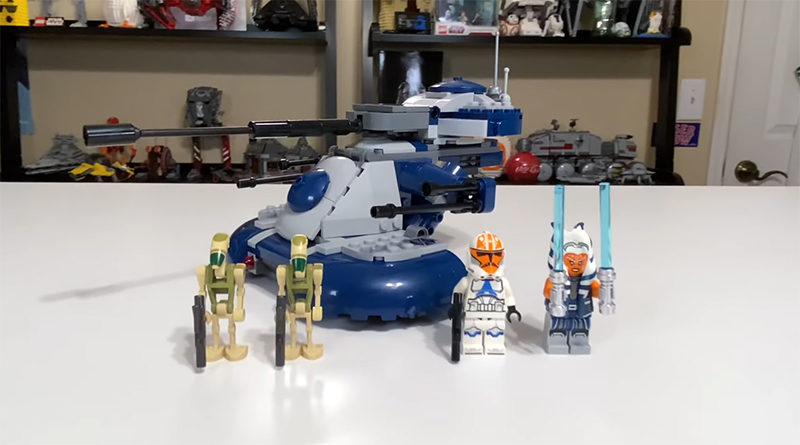 In a new video review, fans can get a first look at LEGO Star Wars 75283 Armoured Assault Tank (AAT).

75283 Armored Assault Tank (AAT) includes the familiar tank with a couple of Battle Droids – along with a new Ahsoka Tano minifigure and one of her Clone Troopers, with unique helmet markings.

“It actually looks pretty good, I think they did a decent job with it, maybe even a little bit too bright on that orange, it’s just something I remember seeing from watching The Clone Wars,” says Ryan, hosting the video, about the Ahsoka’s Clone Trooper minifigure.

On the topic of the Ahsoka minifigure he says: “I saw a lot of people on the internet calling this piece here that goes on her head, like her horns or whatever, just way too big, because it is a reuse I believe of the Rebels piece which is unfortunate because that would be like 20 years later or 10 years later or whatever the case and this just doesn’t match that. It should be smaller in quite a few ways unfortunately, it just isn’t that, so a lot of people were complaing about that.”