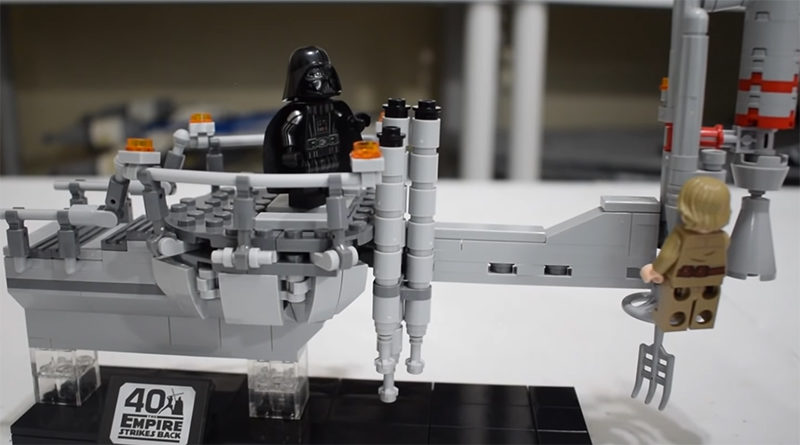 A few fans have already snagged LEGO Star Wars 75294 Bespin Duel, with a first look at the exclusive set provided by a YouTube creator.

LEGO Star Wars 75294 Bespin Duel is a new 18+ set that was revealed recently and will be exclusive to Target and LEGO.com when it launches on August 27.

As the title suggests, 75294 Bespin Duel recreates the epic duel between Luke Skywalker and Darth Vader, during which the Dark Lord reveals their familial connection.

RichboyJhae takes a look at the new set in this video, suggesting that the two hard to find minifigures are a big part of the appeal, as they otherwise only appear in expensive LEGO sets.

“The build is actually very nice, there’s ton of detail in this build. I love the various pieces of machinery or attenaes or whatever that are sprinkled around the platform,” says RichboyJhae.

The set now has a LEGO.com listing, although worryingly it only works in the USA – fans will be concerned that the set will not be made available outside the USA and Canada. The 295 piece set will retail for $39.99.