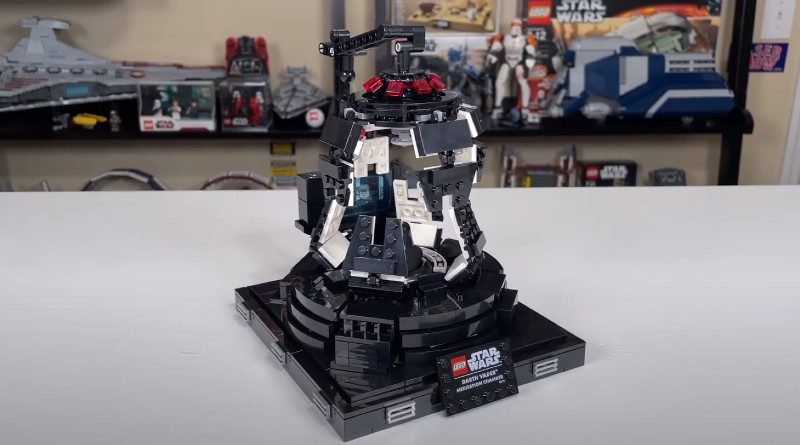 The first reviews of LEGO Star Wars 75296 Darth Vader Meditation Chamber are coming out of hyperspace, bringing us the first look at the LEGO for Adults model.

The LEGO Star Wars set, which is the first LEGO for Adults minifigure-scale creation in the theme to be available worldwide, has now arrived in the hands of LEGO YouTuber MandRproductions early.

With 663 pieces, 75296 Darth Vader Meditation Chamber depicts the egg-shaped technological chamber where Darth Vader can rejuvenate, meditate and remove the iconic helmet for extended periods thanks to built-in life support. The set also depicts the scene where the Sith Lord is rudely interrupted by an Imperial Officer, before getting his revenge.

It also features two detailed minifigures for Darth Vader (with arm printing) and General Veers. A viewscreen at the back of the model shows another two characters, representing Admiral Kendal Ozzel and Captain Firmus Piett in a meeting with the Sith Lord as is depicted in The Empire Strikes Back.

“I love this set now that I have it in hand, I think it’s absolutely beautiful and I really don’t know what fan of The Empire Strikes Back wouldn’t buy this and love it,” comments Ryan. “There aren’t any real flaws with this set, it’s a perfect display piece that perfectly the scene down to the finest details – other than maybe the dual moulding on General Veers, the legs could have used that.”