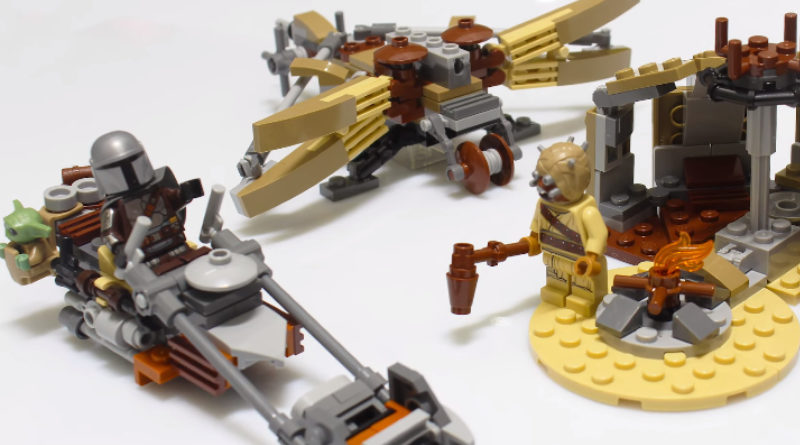 The Mandalorian fans can get their first look at LEGO Star Wars 75299 Trouble on Tatooine, which includes a brand new Beskar Mandalorian figure.

The new set based on the popular Star Wars series was only revealed just over a week ago. It is currently listed on the LEGO online store as releasing on January 1. Whilst we eagerly await the release of this highly anticipated set, some LEGO YouTubers have been given access to it early.

Hachiroku24 received an early copy of the set from the LEGO Group and has provided a first look at the model and minifigures.

Hachiroku24, who has been making dioramas for the new episodes of The Mandalorian, builds the new set from start to finish in the video. They also give a great look at the new Beskar armour version of The Mandalorian.

The minifigure features details in the printing including shoulder pauldrons and integrated weapons. Whilst The Mandalorian’s new figure is impressive, getting the Child figure with a saddlebag is no doubt a great addition to this already superb set. 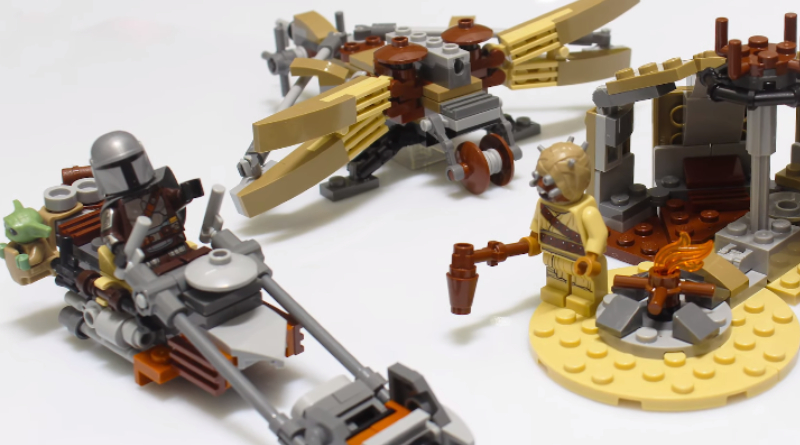