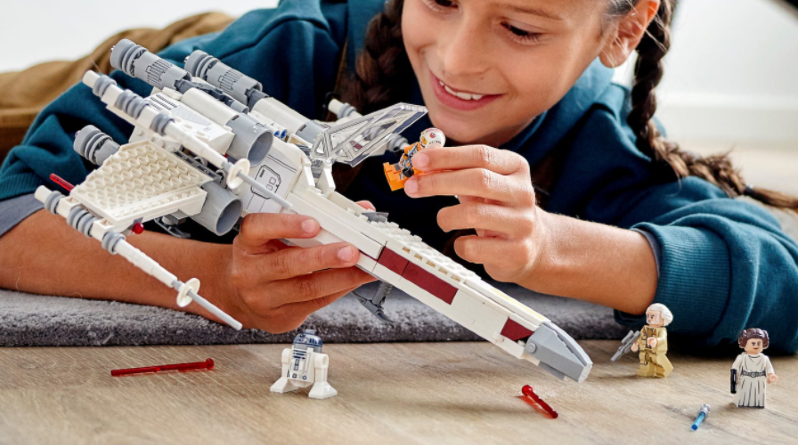 LEGO Star Wars fans can now get their first look at 75301 Luke Skywalker’s X-wing Fighter, which introduces the iconic ship at a more affordable scale.

The LEGO Group has produced a number of X-wing models as part of the Star Wars theme in the past. Only this time, the classic ship is much more affordable, without sacrificing what makes the models so iconic.

Just2good has received an early copy of the new 2021 set from the LEGO Group and has uploaded a review of the set to his YouTube channel.

“I thought with the X-wing we would have something missing by downsizing it, whether it be the play feature or it would just look really cheap in person,” says Justin. “It has a function of the opening wings which I wasn’t expecting. All that translated into a $50 set works so much better than, what was the last one? 80 bucks?”

The new X-wing has 474 pieces, much less than previous iterations but still retains that iconic shape and opening wings feature. Add to that an exclusive minifigure with General Dodonna’s first appearance in LEGO and you have an impressive and affordable LEGO Star Wars set.