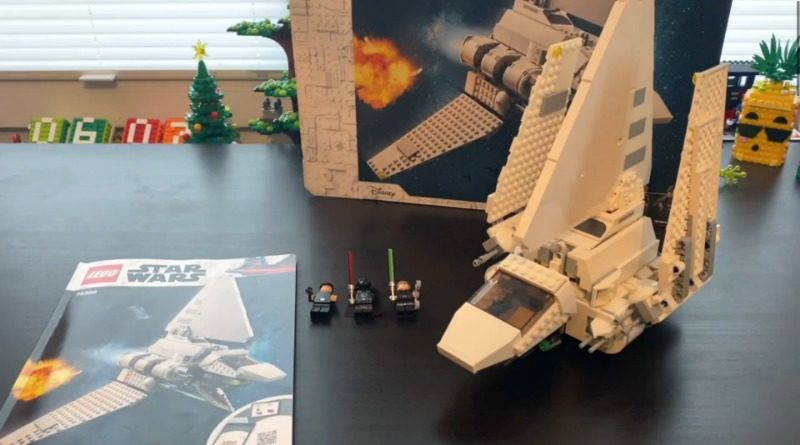 A German retailer has published an early review of LEGO Star Wars 75302 Imperial Shuttle, giving us a closer look at the scaled-down version of the iconic ship.

At £69.99, however, the latest Imperial Shuttle comes in at just £10 cheaper than the last version, 2015’s 75094 Imperial Shuttle Tydirium. And with 277 fewer pieces and two fewer minifigures in the box, UK fans may feel a little short-changed from the trade-off.

US fans should find it a little more palatable at $69.99, which is $30 cheaper than its predecessor. Regardless, if you want a LEGO Star Wars Imperial Shuttle in 2021, this is basically your only option. And if you’re busy weighing up whether it’s worth diving in when it hits shelves next month, you can get a better idea from German retailer JB Spielwaren‘s hands-on review.

The video gives us a closer look at exactly what comes in the box, from the Darth Vader, Luke Skywalker and Shuttle Pilot minifigures to the true scale of the ship. All we need now is to see it side-by-side with 75094 Imperial Shuttle Tydirium for a proper size comparison, and to judge whether it’s truly worth the cost next to that now-five-year-old ship.

LEGO Star Wars 75302 Imperial Shuttle will launch at LEGO.com on March 1. We’ll be bringing you our review on Saturday, February 13, so keep an eye out then for our verdict on the downsized shuttle.