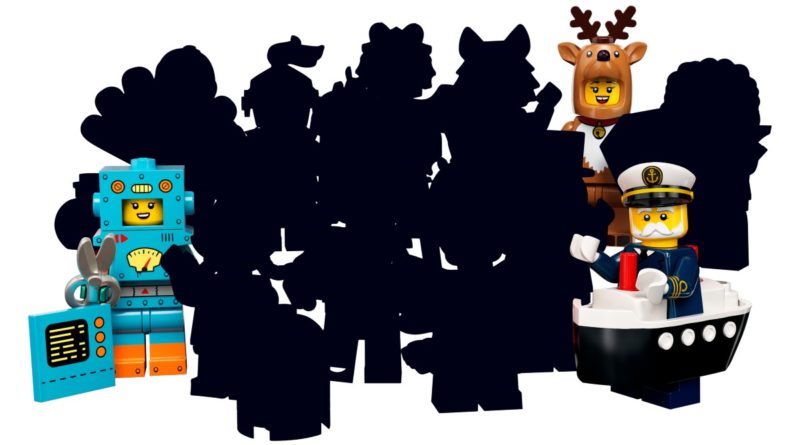 The next series of LEGO Collectible Minifigures have been added to the official online store, revealing silhouettes for the remaining minifigures.

At LEGO CON 2022, three of the 12 minifigures coming in 71034 Series 23 were showcased in detail. Now, full images for these new characters have appeared via a listing for the series on the official online store. However, that listing also gives us the first look at the rest of Series 23.

In terms of the fully-revealed minifigures, they include the characters pictured below. However, the listing does include the names of the missing minifigures too. These include Nutcracker, Sugar Fairy, Green Dragon Costume, Snowman, Reindeer Costume, Christmas Elf, Turkey Costume, Cardboard Robot, Popcorn Costume, Wolf Costume, Ferry Captain and Knight of the Yellow Castle.

We’ll have to wait and see what these remaining nine characters look like, as it’s possible that the LEGO.com listing will be updated when the time is right. It could even be that future minifigures from 71034 Series 23 will be revealed in similar batches as we saw at LEGO CON, but that’s only speculation.