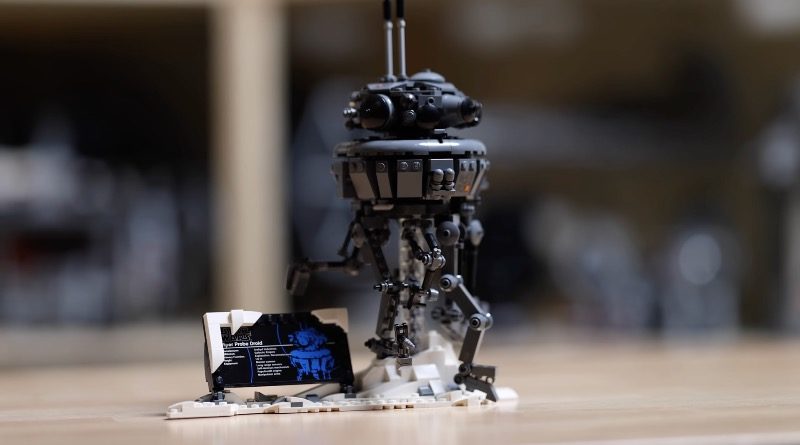 One YouTuber already has their hands on the newly-revealed 75306 Imperial Probe Droid, giving us an early look at the upcoming LEGO Star Wars set.

David at Solid Brix Studios received an early copy of the model from the LEGO Group ahead of its wide release on April 26, and has now shared an in-depth review over on his YouTube channel. And as you can probably tell even just from the initial images, we’re apparently looking at a tantalising addition to the LEGO Star Wars line-up.

“I’m very, very impressed with this set – much more than I had ever anticipated to be,” David says. “You’d think it might be a little monotonous with all those arms and weird techniques, but I found it to be a very fun and enjoyable build. I felt like I was building Hoth from The Empire Strikes Back, and that’s a very good thing.”