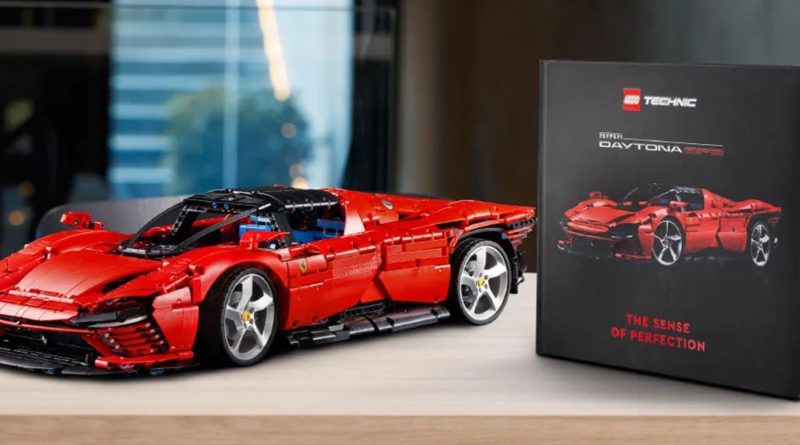 After being announced alongside the LEGO Technic 42143 Ferrari Daytona SP3, a detailed look at The Sense of Perfection has been revealed.

The latest LEGO Technic set will also see a limited-edition coffee table book specifically covering the development of the build released on the same day. Titled The Sense of Perfection, a first look at the contents inside the covers has been showcased on LEGO.com.

The book includes sketches of the concept car, interviews and excerpts from designers from both Ferrari and the LEGO Group who worked closely to recreate the vehicle in bricks as well as stories from the development of the set and the larger Ferrari Daytona SP3.

Only 5,000 copies of The Sense of Perfection will be sold, and only from the official online store from June 1 for £69.99 / €79.99. The book itself can be stored in a provided slipcase and features the logo and LEGO build of the Ferrari Daytona SP3 on the front, meaning it should pair well with the upcoming Technic model on display.