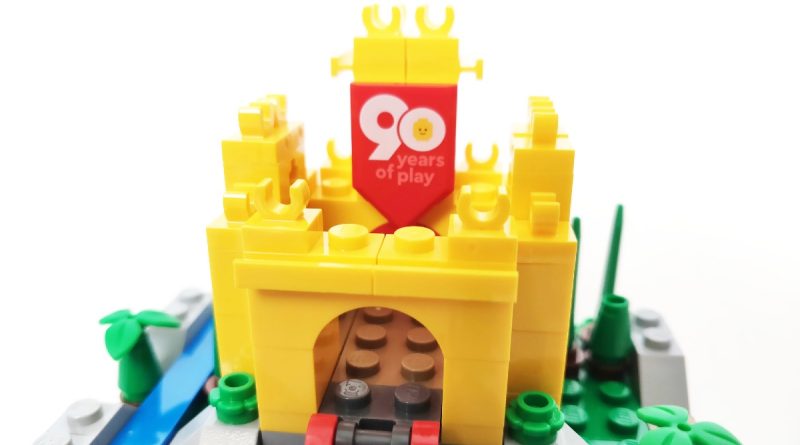 The LEGO Group’s second 90th-anniversary castle – a Walmart exclusive in the US – is now arriving with fans, giving us a closer look at the microscale rendition of the classic yellow castle.

While most of us will have to be content with forking out the big bucks for 10305 Lion Knights’ Castle, which arrived in August as the flagship 90th-anniversary set, LEGO fans stateside were able to get their hands on a much more affordable celebration of the retro theme last month. That came in the form of the Walmart-exclusive 6426244 90th Anniversary Mini Castle, a plastic-bagged 158-piece recreation of 1978’s 375 Castle.

The mini 90th-anniversary set could be claimed by spending at least $50 on LEGO sets between August 8 and 24, then uploading your receipt to Walmart’s website by August 31. While communication around the status of the free gift has reportedly been sketchy at best, with zero confirmation or shipping notifications, the castle is now starting to arrive with fans who uploaded their proof of purchase in time.

Among those is Allen at The Brick Fan, who’s since assembled his copy and published a review of the retro gift-with-purchase. The build goes beyond the template of the original castle and places it atop rocky terrain, complete with trees and a moat, in a sort of wish-fulfilment of what a full-sized yellow castle could look like in 2022. (10305 Lion Knights’ Castle goes some of the way there.)

Perhaps the best thing about 6426244 90th Anniversary Mini Castle, though – at least for parts junkies – is its printed 90 Years of Play pentagonal tile, which hangs on the fortress’s central tower. At the time of writing, it’s exclusive to this free gift, which makes it one of the rarer elements in the LEGO Group’s part library (especially given the set’s regional exclusivity).

If you’d like to get your hands on the freebie, your only option now is turning to the secondary market, where it’s already commanding prices of up to £73 (plus postage from the US). Most copies are selling in the £50 range, though – which is still more than the initial spend required to get your hands on one through Walmart.