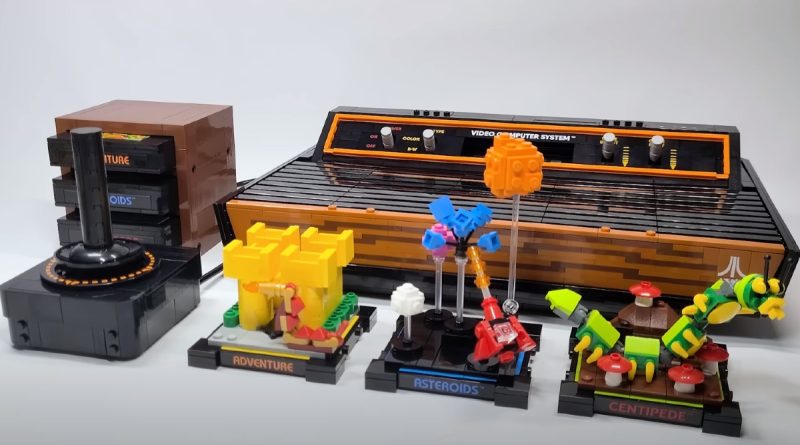 Reviews for the upcoming LEGO ICONS 10306 Atari 2600 set have landed online, giving us an early look at the second brick-built console.

This review offers a view of certain angles of the build that weren’t represented in official images, such as the details of the ports on the rear of the build and the underside of the model, which in itself isn’t too interesting but it’s still good to see it before launch.

The finer functions of 10306 Atari 2600 are also on display in the video, including the moving joystick that snaps back into position and the various switches on the console itself. There’s also a demonstration of the diorama folding neatly into the console by sliding the top forwards and back.

“I don’t know if I would have picked this up, that Johnny Thunder poster probably would have lured me in but having seen and played with the set, the joystick is very fun,” commented Ashnflash. “I recommend building that yourself.”