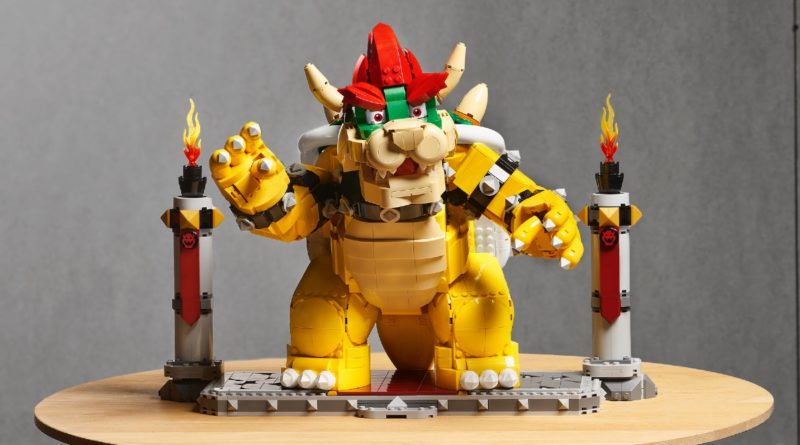 The first reviews for LEGO Super Mario 71411 The Mighty Bowser are out and the verdict is largely positive.

71411 The Mighty Bowser is designed to be just as fun to play with as it is impressive to display. With features like a fireball launcher and a button to control Bowser’s head and neck movements, you can pose and move him however you like. Plus, his arms and fingers can move too, as well as an unusual feature that it is well demonstrated in this review.

LEGO YouTuber AshnFlash has shared his thoughts on the upcoming addition to the LEGO Super Mario theme, after receiving the set ahead of general release. He gave it high praise, describing it as ‘one of my favourite sets of the year, probably my favourite’.

One of the YouTuber’s favourite parts about the set is how Bowser’s tail and feet dropped when picked up, similar to a cuddly toy or a puppet. When planted, the tail and feet still support him to stand up independently, as demonstrated in the video.

“How?!” explained AshnFlash in delight. “How is this a LEGO set?”

Other key features noted in the review are the interactive play features, as seen already in the designer video, with AshnFlash demonstrating how 71411 works in tandem with LEGO Mario, Luigi, and Peach from 71360, 71387 or 71403. He especially enjoyed how the set tracks your progress against Bowser, without needing to jump on a flag to end the battle.

It’s not only the play aspects of 71411 The Mighty Bowser that he enjoyed, but also the build experience.

“The build experience for this is just out of this world,” AshnFlash said. “I enjoyed every bit of building Bowser. There’s such an iconicity to the design, to this character.”