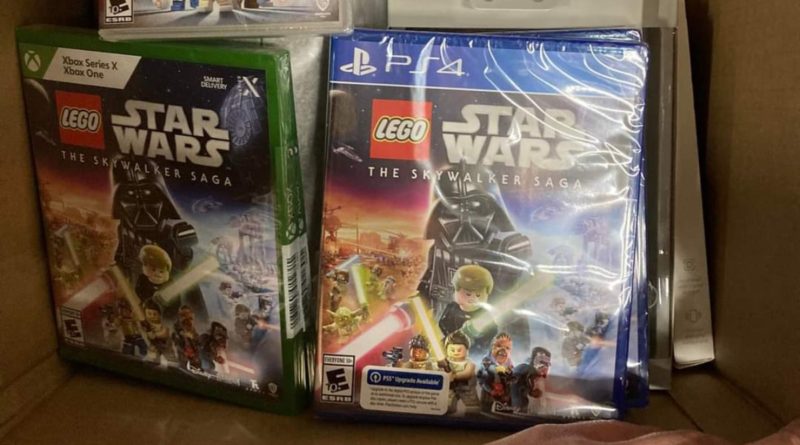 The physical packaging for LEGO Star Wars: The Skywalker Saga is starting to appear in the wild, giving us our first look at the back of the box.

In news that only makes the game’s imminent launch feel even more real, images of the physical boxes for LEGO Star Wars: The Skywalker Saga are doing the rounds on social media. YouTuber RuggedEagle and fan account LEGO Star Wars Fans Community have both published photos of the game in hand, reportedly discovered on Facebook.

According to one response on Twitter, the images were originally taken in the electronics department of a Target store, where the games were being unpacked, ready to be put on shelves on April 5. That’s the final street date for the long-delayed LEGO Star Wars: The Skywalker Saga, which was originally scheduled to launch in 2020.

The photos show off the standard retail versions of LEGO Star Wars: The Skywalker Saga on PS4, Xbox and Nintendo Switch, including the back of the box, which touts the game’s 20-plus explorable planets and ‘hundreds of playable characters and vehicles’. You’ll find a full list of the game’s characters over on our LEGO Star Wars: The Skywalker Saga page.

The packaging also reiterates that this is the first LEGO video game to feature ‘all nine films’, or rather all nine mainline films, given the spin-off movies Rogue One and Solo are only represented through downloadable Character Packs. While the first seven films have appeared in previous LEGO video games, this will be the first time we get to play through The Last Jedi and The Rise of Skywalker.

LEGO Star Wars: The Skywalker Saga launches in just over a week. Check out our first impressions of the game here, and keep an eye on Brick Fanatics for our full review soon.