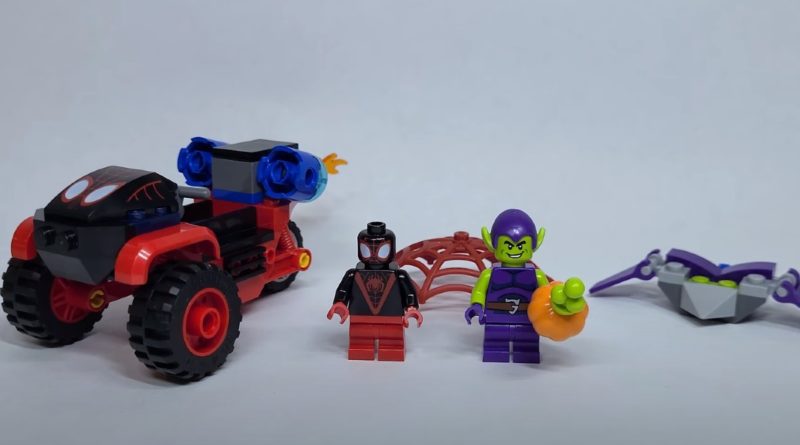 LEGO Marvel 10781 Miles Morales: Spider-Man’s Techno Trike has been found early at a store in Canada, bringing us the first review of the set.

The Spidey and his Amazing Friends 2022 sets have only just been added to the official online store ahead of their official January 1 release date. However, YouTuber Ashnflash has managed to find one of the models early at his local Mastermind Toys in Canada, bringing us the first look at 10781 Miles Morales: Spider-Man’s Techno Trike.

Featuring two minifigures and 59 pieces, the upcoming build is based on the new show, which is aimed at a younger audience and has consequently received a line of 4+ sets.

The version of Spider-Man featured in the set is Miles Morales, battling Green Goblin with a three-wheeled trike emblazoned with the design of his mask.

“It’s a good set for $10, unfortunately, the minifigures aren’t exclusive, I was hoping Goblin would remain exclusive to this set – or Miles – but I understand.” commented Ashnflash.

Miles Morales and Green Goblin also appear in 10784 Spider-Man Webquarters Hangout, the largest of the four sets based on the show. The full range will launch on January 1, and you can see their regional prices in our report.