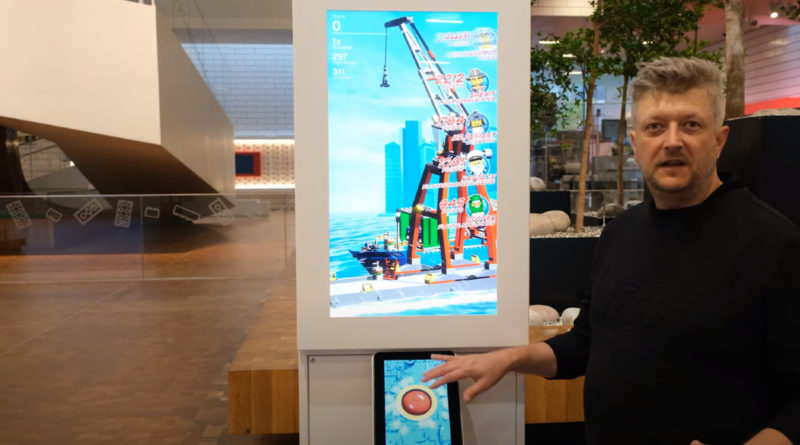 A new LEGO Ideas and Unity Microgame contest is bringing arcade machines to LEGO stores worldwide, and a video is granting a first look at them.

As announced last month, LEGO stores will soon be home to arcade machines, all playing fan-made Microgames in partnership with Unity that can be operated with just one button.

A video explaining the contest has been uploaded, with the 60-second sequence of clips taking place across the LEGO Group’s attractions in Billund. As part of the video, the first peek at the new arcade machines in action was shown, with two sets of screens. One will display the chosen game and the other is home to a button. Such a design means it can be changed, potentially with theming for different times of the year or even future contests.

Don Meadows, Senior Product Lead at LEGO Games was responsible for explaining the contest as well as demonstrating the arcade itself. The game used in the demonstration is themed to CITY and sees players stacking cargo at a dock.

High scores are displayed on the right, confirming the feature. It seems that you’ll be able to input your name and choose a minifigure or mini-doll design to go alongside it. With NINJAGO confirmed as a theme that can be used for the games, it could be that ninja-themed minifigures will be in the high score options too.

To find the games that will be available in the machines, a contest is being held asking you to get creative with an improved set of Unity tools and be with a chance of winning the arcade experience as well as  71360 Adventures with Mario, 21152 The Pirate Ship Adventure, 21155 The Creeper Mine and a $100 voucher for the Unity Asset Store. Locations for the LEGO arcade machines will be revealed in due course.