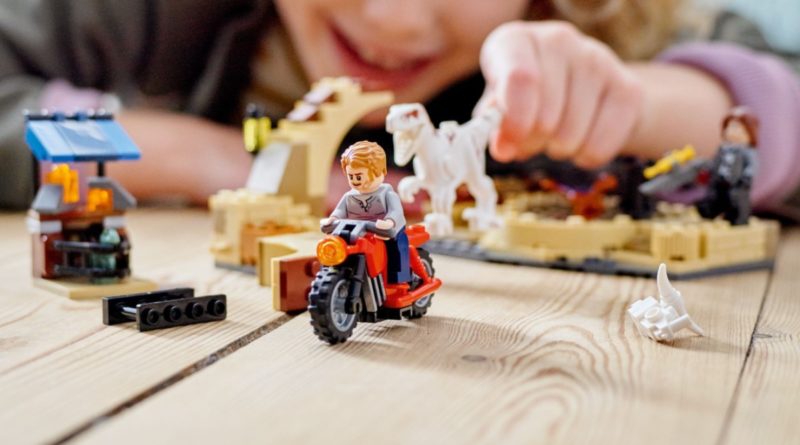 An online retailer has published the first review of one of this year’s LEGO Jurassic World sets, giving us our first glimpse at the brand new Atrociraptor.

If that sounds like a dinosaur straight out of the imaginations of Hollywood producers, you’ll be pleased (or perhaps alarmed) to learn it’s an absolutely real genus from the late cretaceous period, found in Alberta, Canada. Its name – given to it in 2004 – is derived from the Latin words for ‘savage’ and ‘seizer’, so that it literally translates as a savage robber.

It’s also one of three new dinos currently confirmed to be joining the LEGO line-up in 2022, as part of the broader wave of Jurassic World: Dominion sets. You’ll find it in both 76945 Atrociraptor Dinosaur: Bike Chase and 76948 T. rex & Atrociraptor Dinosaur Breakout, the former of which is the basis of retailer JB Spielwaren’s latest video review.

The 169-piece model is one of the smallest sets in the new line-up, and includes minifigures of Owen Grady, new character Rainn Delacourt (there’s a genuine Hollywood name for you) and two baby dinos alongside its white and red Atrociraptor. The review demonstrates that the moulded dino isn’t especially posable, with only a hinged jaw offering any articulation.