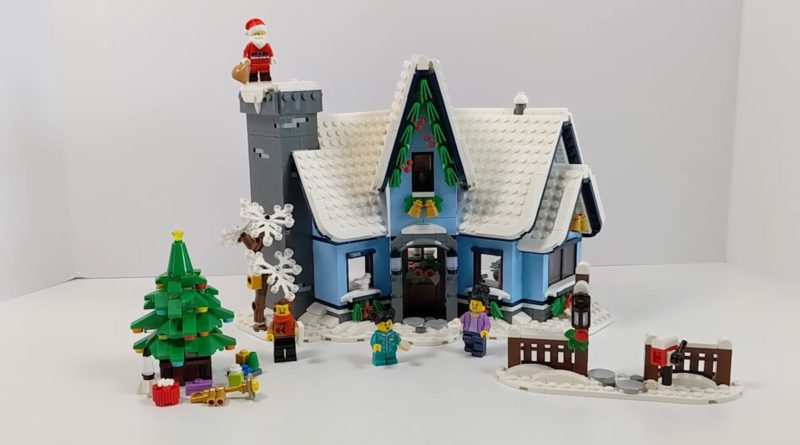 The first reviews of this year’s LEGO Winter Village set have surfaced online, giving us a better idea of what to expect from 10293 Santa’s Visit.

Initially (and accidentally) revealed yesterday ahead of a full unveiling today, the 1,445-piece set will be available to order on September 16 for VIP members. That’s less than a week away – but if you’d like a sneak peek at 2021’s festive fix, the first reviews of 10293 Santa’s Visit are now starting to pop up online.

Beyond the Brick’s Brian Saviano is among the reviewers taking the model to task ahead of launch, and he’s full of praise for designer Chris McVeigh’s first stab at a set in this subtheme, calling it a ‘very charming LEGO Winter Village set that would be a perfect addition to your line-up’.

“There’s just enough there that it has a lot of variety compared to everything else that’s released [in] at least the last five years,” he says. “I love the way that the roofs are designed; the parts usage; the details – everything is excellent, and I do recommend it for you this holiday season.”

For more on 10293 Santa’s Visit, find out six things you need to know directly from Chris McVeigh, or read the story of how he managed to include a tribute to an old family recipe.