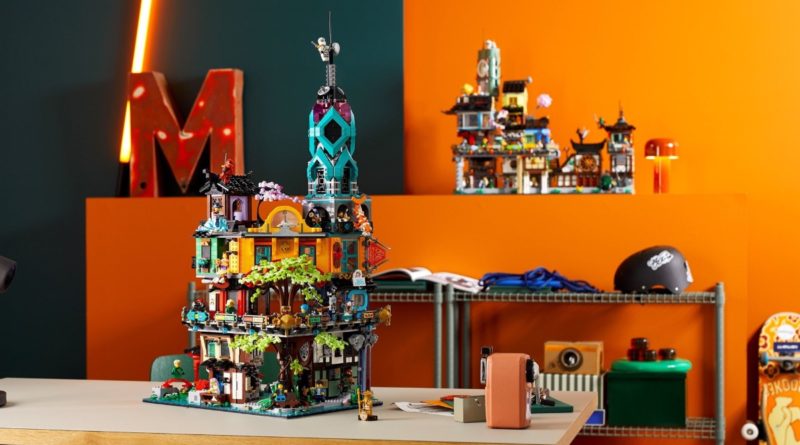 The first rumours of the full LEGO NINJAGO line-up for 2022 have surfaced online, reiterating reports of a follow-up to this year’s 71741 NINJAGO City Gardens.

YouTuber Brick Clicker has published an initial list of NINJAGO sets supposedly arriving in January, which – in line with this year’s waves – are thought to focus on NINJAGO Legacy, with Season 16 sets following in March 2022.

The full list of sets is absent product numbers at the moment, and in many cases absent a definitive product name, but does give us a very rough idea of what to expect from the LEGO Group’s in-house action theme next year.

Among the list are three new Power Spinjitzu sets, an unidentified 4+ mech, a couple of dragons, a couple of vehicles, and – most intriguingly – another mention of the rumoured NINJAGO modular building, which previous reports indicated will arrive in January with a piece count of roughly 1,300 and a price tag of $120.

That would make it the smallest and cheapest addition yet to the growing line-up of NINJAGO buildings, which began in 2017 with 70620 NINJAGO City. Given the enormous size and eye-watering cost of this year’s 71741 NINJAGO City Gardens, though, one that’s a little easier on the wallet is no bad thing.

Here’s the full list of rumoured LEGO NINJAGO sets for 2022, according to Brick Clicker:

That final entry is probably the most mysterious at the moment, but the YouTuber suggests the initials could refer to either ‘Master Builder’ (as per LEGO Star Wars’ Master Builder Series sets, like 75290 Mos Eisley Cantina), or ‘Modular Building’.

If you’re after a more immediate NINJAGO fix, this year’s range – including the summer Seabound sets – is now available at LEGO.com.

One thought on “First rumours of LEGO NINJAGO 2022 sets”