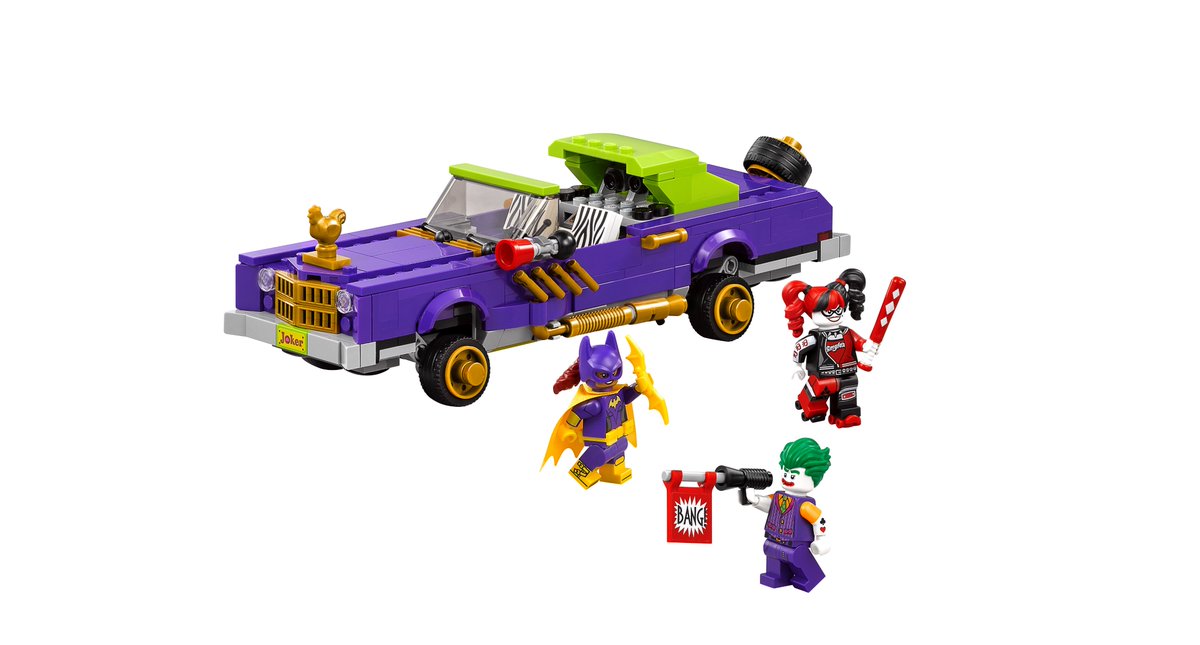 The LEGO Group have Tweeted images of two of the new LEGO Batman Movie sets — the Batmobile and the Joker’s Notorious Lowrider, both due for release January 2017.

This radical take on Batman’s main ride introduces the new Robin minifigure whose look was revealed yesterday, while Man-bat uses an existing mould. Batman sports the new separate piece utility belt that fans can expect to see across the new range.

Update: Entertainment Weekly has now published additional details on the sets, including prices:

Inspired by the film, the first set depicts LEGO Batman’s race through Gotham City in pursuit of Man-Bat and the Kabuki Twins in the Batmobile. The set includes the Batmobile with dual cockpit for Batman and Robin, two stud shooters and multidirectional wheels for three different modes — race mode, monster truck mode, and parallel-parking mode. The set, which features 581 pieces, will retail for $59.99.

The Joker’s Notorious Lowrider gives the Clown Prince of Crime an ostentatious vehicle, with a completely new look for the character himself. Harley Quinn is also rather different to what has come before. The variety of printing on each component of these minifigures is surprising and is likely to get a positive reaction from fans.

The Joker’s Notorious Lowrider set depicts Batgirl’s pursuit of The Joker and Harley Quinn through the streets of Gotham City. The lowrider features bouncing suspension, handles for Harley to hang onto, and hidden double spring-loaded shooters (activated by pushing the buttons behind the stereo.) The set, which features 433 pieces, will retail for $49.99.