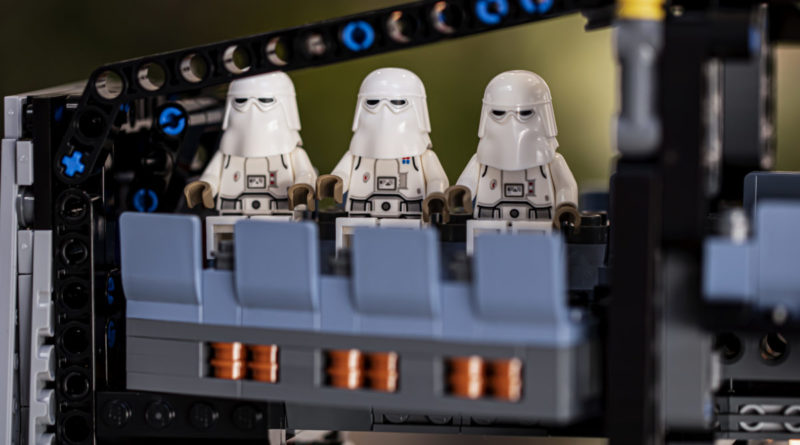 LEGO Star Wars 75313 AT-AT has seating space for 40 Snowtroopers – but if we ignore all health and safety protocols, how many minifigures can actually fit inside?

That’s just one of the 16 burning questions about the 6,785-piece walker we answered in our latest YouTube video, but if you don’t have time to watch the full thing, here’s a bite-size summary. First up, we grabbed more minifigures than have ever been included with a single LEGO Star Wars model – 75313 AT-AT comes with just nine, for reference – and placed one in each of the set’s 40 seats.

So far, so good: as the product description promises, you can indeed fit a full complement of Snowtroopers inside the AT-AT, matching the vehicle’s standard on-screen configuration (at least according to that last bastion of Star Wars knowledge, Wookieepedia). Here’s a quick shot of what that looks like.

But these are soldiers of war, and a plush seat aboard their AT-AT is a luxury that feels unbecoming of the Empire. So, what if we made better use of the space inside the walker’s belly by standing them up? After all, they’ll be on their feet soon to advance across the plains of Hoth, and this way the rebels have even less chance of mounting a defence. It’s basic military strategy 101. Probably.

Anyway, placing a minifigure across every available stud – you wouldn’t want them rattling around in there – allowed us to fit more than double the seated capacity of 75313 AT-AT, for a grand total of 85 troopers. (Just imagine they’re all Snowtroopers – we’re waiting on January’s 75320 Snowtrooper Battle Pack to properly fill out our copy of the walker.)

But what if – and stick with us here – we threw all caution to the wind, ignored the Empire’s health and safety procedures (which, let’s face it, are probably pretty lax anyway), and just piled minifigures in en masse? How long before the belly of the beast starts to give, as its tiny plastic contents cry ‘no more!’ and the LEGO police come knocking?

Well, we gave it a go – purely in the interests of professional, scientific study, you understand – and came up with a number. That number is 185.

75313 AT-AT is available to order now in the UK and Europe, but it won’t be back until ‘after the holidays’ in the US. Sign up to our stock alerts to be the first to know when it’s available again. 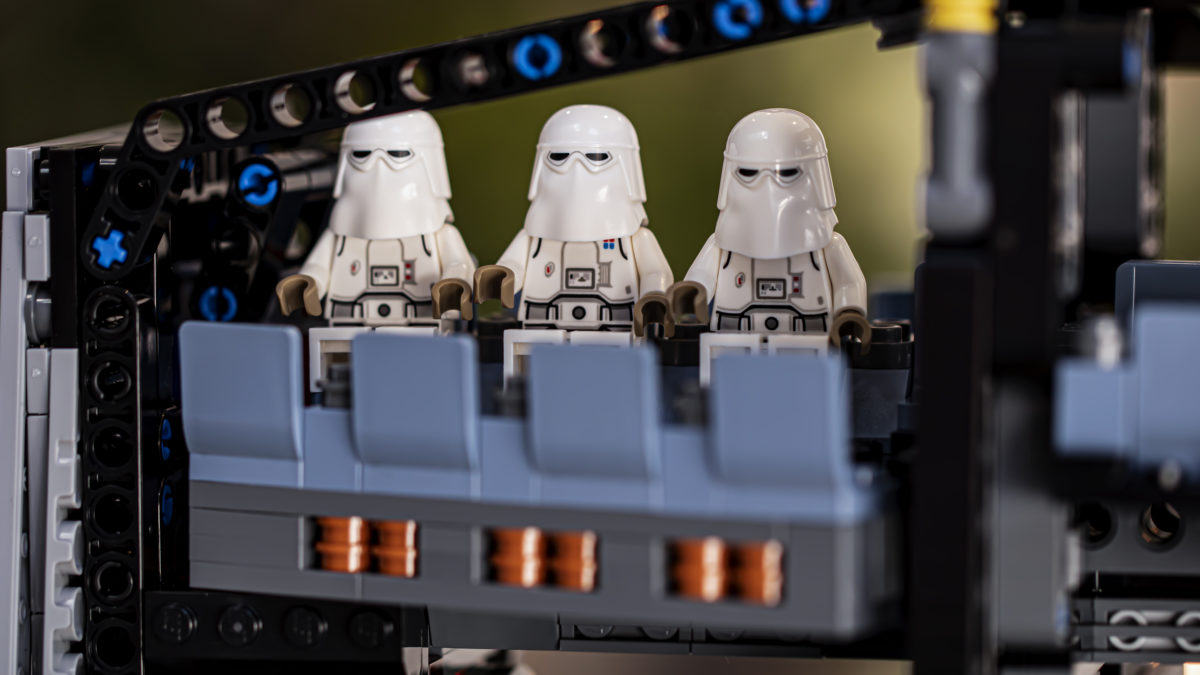