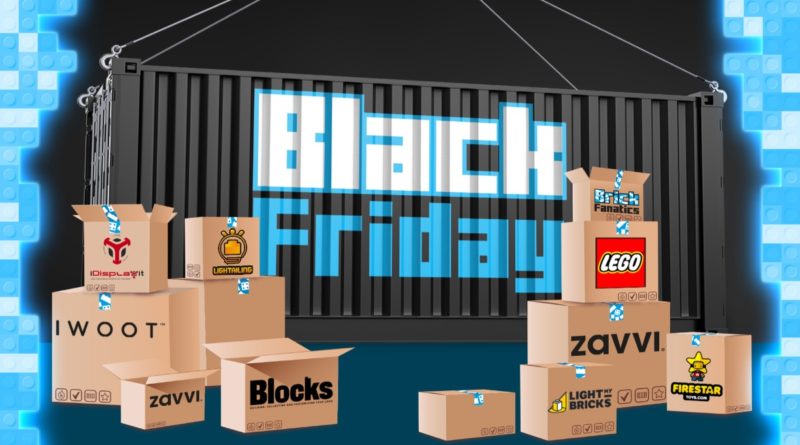 With the Black Friday weekend now in full swing, here’s our list of the five best deals currently available in the UK to save you money on LEGO sets.

Black Friday 2021 has kicked off and there are all kinds of great deals, discounts and offers to be had on a variety of LEGO sets. At the time of this writing, it’s Saturday 27 and a number of those deals have now gone, but there’s still time to grab a bargain and some new discounted sets are even being added to the list of money-saving offers.

Here are five of the most heavily-discounted LEGO sets currently available in the UK and where you can get them from:

Okay, so this is slightly cheating as 75313 AT-AT isn’t a set that’s been discounted specifically for Black Friday, but it did launch on Black Friday for £100 less than the original retail price (at least in the UK), so we’ll let it slide. Unbelievably, this beast of set is still available in the UK, but the question is — for how much longer?

With working suspension on all four wheels, a detailed gearbox and differential locking, 42129 4×4 Mercedes-Benz Zetros Trial Truck is an incredibly accurate model. It also boasts RC app-controlled features for tackling the toughest terrains. Throw in a discount of £75 and what’s not to like about this mighty truck?

The LEGO Group collaborated with the world famous CAT construction company to create a set that takes authenticity to a new level. 42131 CAT D11T Bulldozer is an app-controlled vehicle that can be operated via a smart device. It’s packed with tons of cool features, functionality and attention to detail. One LEGO Technic set well-worth investing in.

Unleash the might of the Empire with this awesome Ultimate Collector Series set. 75252 Imperial Star Destroyer includes 4,784 pieces, two minifigures, a scale version of Princess Leia’s Tantive IV starship and much more. If you’re looking for a companion piece to 75313 AT-AT and have the cash, this is the set to get.

As with all the current Black Friday deals, these offers on LEGO sets will go quickly, so be sure to grab a bargain while it’s still available.