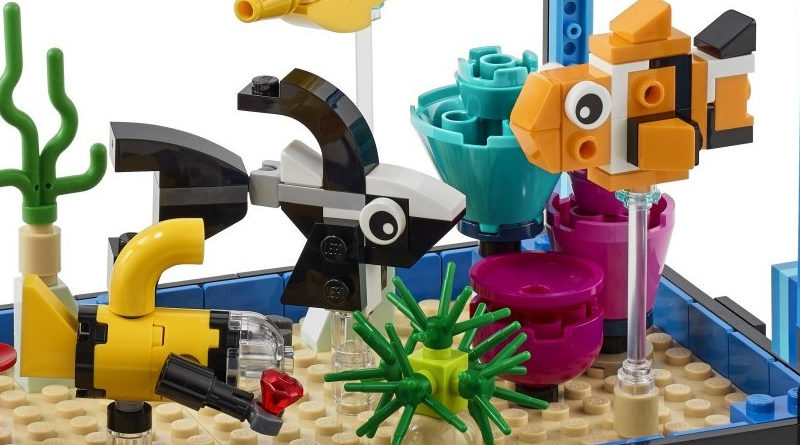 Amongst the hustle and bustle of the summer releases are a few LEGO sets that you really shouldn’t miss with hidden gems from themes such as Harry Potter to City.

Alongside the new deals and promotions at the official online store are the brand new waves of sets for various themes from Art to VIDIYO. While many builders will be excitedly adding items to their baskets, it can be easy to overlook some other great models amongst the new releases.

We don’t blame you if you have though, there are that many new builds now available. However, here are five new LEGO sets you may have overlooked in June 2021:

The second avian magical creature model has arrived but compared to 75979 Hedwig, is this phoenix a little too obscure for most builders? The LEGO Group certainly seem to think so with a name like that, but this model shouldn’t go under your radar either way.

The build looks to be similar to that of the initial set with the same realistic function in the wings, but the fiery aesthetic and colour scheme make it more eye-catching. Not to mention that it comes with an exclusive Dumbledore minifigure with the titular phoenix brick.

NINJAGO is diving beneath the waves this month as the heroic team sets off on an adventure to face Prince Kalmaar with many models accompanying the season. One of these is 71754 Water Dragon and includes an elemental beast of wave and sea with a few side builds, including a transformed NRG Nya minifigure only available otherwise in 71755 Temple of the Endless Sea.

This set provides the main characters for the season and quite a few desirable bricks, there are definitely worse options if you’re looking to redeem any of this month’s promotional offers.

LEGO NINJAGO isn’t the only theme to be getting wetter than usual this year, as Creator introduces some finned friends in one of the most unique and displayable sets yet.

31122 Fish Tank’s main build is that of a small aquarium with five fish and a small submarine populating a tank filled with coral and other sea life. Its vibrant colours and references make it one not to miss this summer.

The new wave of The Infinity Saga sets is arguably one of the most impressive for LEGO Marvel yet as the theme revisits past chapters in the Marvel Cinematic Universe, including Avengers: Endgame.

Whilst the larger 76192 Avengers: Endgame Final Battle covers the climactic conclusion to the movie, 76186 Black Panther Dragon Flyer also handles a few key characters in a budget-friendly set. The exclusive Black Panther and Shuri minifigures reflect their appearances in the movie and the model’s unique design is reflective of the advanced Wakandan culture.

The new range of LEGO City sets make a journey to the savannah on a quest to rescue the wildlife within it. However, whereas most of the new animals feature in larger sets, it’s entirely possible to get your hands on the first LEGO Lion and Cub brick in a more affordable way.

60301 Wildlife Rescue Off-Roader is aimed at builders aged four and up but the models it includes aren’t immediately obvious as 4+ builds. The exclusive snake design paired with the new Jessica Sharpe character and Lion elements makes it one not to overlook amidst the rest of the official online store’s summer offerings.