With the LEGO Group soon to reveal 10262 James Bond Aston Martin DB5, which classic gadgets will fans want to find in the set?

The recent confirmation that LEGO fans will soon be able to build the Bond classic Aston Martin DB5 has been met with excitement at the idea that they will soon be able to own the same car as 007 himself, albeit in brick form. The LEGO Group has already released a selection of iconic cars, most recently LEGO Technic [geot exclude_country=”United States”]42083 Bugatti Chiron[/geot][geot country=”United States”]42083 Bugatti Chiron[/geot], but this is not just any car. As James Bond fans will be aware, the Aston Martin DB5 is equipped with all a super spy needs to get out of a scrape. One of the most interesting aspects of building the DB5 will be seeing how LEGO incorporate these features into the set.

Here are five of the best customisations that James Bond’s Aston Martin DB5 had, that fans will be hoping are incorporated into the upcoming LEGO release:

Ejector seat (you’re joking?)
Possibly the most famous of all of the DB5’s gadgets, introduced when the car made its first appearance in Goldfinger, the ejector seat makes getting rid of any murderous – or even just irritating – passenger simple. Bond flicks up the top of the gear stick, revealing a red button which when pushed ejects the passenger seat through the roof and out of the car. While having a mechanism work by push a tiny red stud may be too much to ask from a LEGO set, those designers in Billund have just as much ingenuity as the Q branch boffins – so here’s hoping. 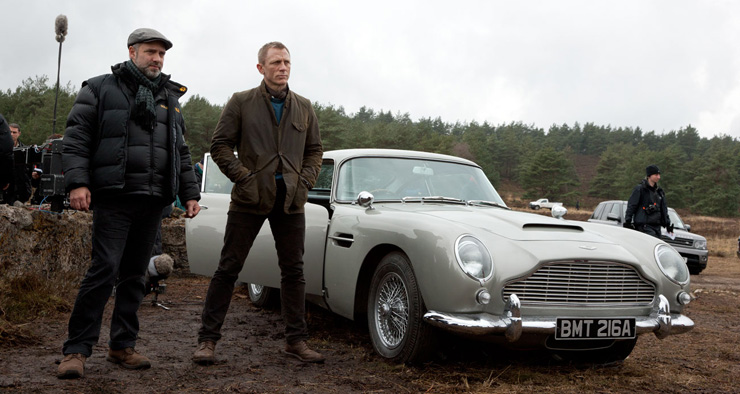 Champagne cooler
While not the most dangerous gadget, you cannot expect to impress with lukewarm champagne. This feature was one of only two customisations the car includes in GoldenEye (the other is a fax machine) making this version of the DB5 the least deadly, although arguably the most sociable. It is doubtful that the LEGO Group would include an alcohol based gadget in the Creator set, so perhaps it is more realistic to hope for the fax machine.

Revolving number plates
Any spy worth his 00 status needs to be able to disappear instantly. While the Aston Martin DB5 may not be the most inconspicuous car you can certainly confuse your enemies with a quick number plate change. It may be the same model and colour, but it is well known fact that henchmen are sticklers for details and always write a number plate down to avoid attacking an innocent civilian. It is easy to imagine this feature being incorporated in 10262 James Bond Aston Martin DB5.

Front wing machine guns
James Bond may be a talented driver in any car chase but even he can sometimes end up in a dead end. As is often the case in the Bond series, it is always better to shoot your way out in this scenario. The front wing machine guns rapid fire bullets at any oncoming assailant, as well as making a return in Skyfall when they prove useful for a surprise attack. Stud shooters may not be as quick as machine guns but will no doubt be great fun to recreate some Bond scenes.

Tyre slashers
A sure fire way to stop an enemy getting away would to be to disable their vehicle, a technique Bond employs in Goldfinger using the tire slashers stowed inside the wheels of his vehicle. Quick and effective, there is no option for the other driver accept to stop after their wheels have been burst (along with any bonus damage done to the bodywork). These seem like a fairly achievable inclusion for the LEGO design team, so fans will hopefully be able to have the DB5 slash the tyres on their 10252 Volkswagen Beetle.

Those are not the only gadgets that James Bond’s Aston Martin DB5 has featured, and our readers are sure to have their own favourites – share what you want to see included with Brick Fanatics on Facebook, Twitter and in the comments below.