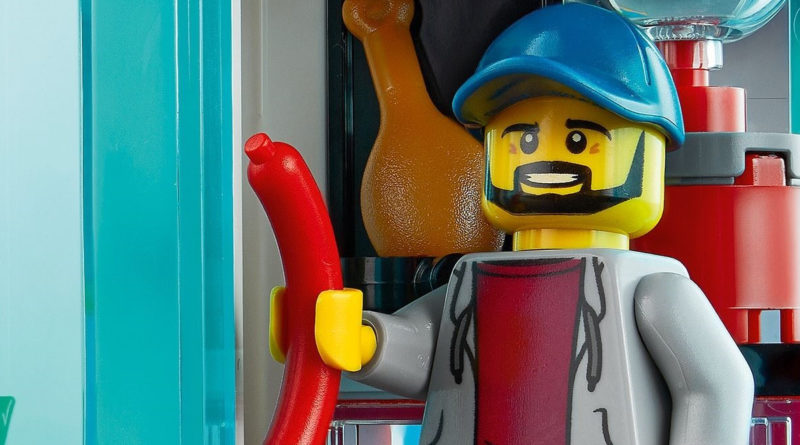 Father’s Day is on the horizon, and luckily we’ve got some great ideas for LEGO Father’s Day gifts to share with you.

Father’s Day falls on Sunday June 19 this year in the United Kingdom, and it’s a chance for the dads of the nation to kick back, relax and enjoy a bit of appreciation. While there’s a long tradition of Father’s Day gift giving, you may want to break away from the socks, bottles of wine and novelty books that characterise the event.

Fortunately, LEGO has more stuff than ever to choose from – and a lot of it is likely to appeal to the dad in your life. That’s why we’ve picked out five LEGO sets we think would be ideal to mark the occasion.

The LEGO Technic range is no stranger to ambitious vehicles, although in recent years it’s focused a little more on licensed products. 42126 Ford F-150 Raptor is one of the more reasonably-priced examples, and its bright orange colour scheme immediately helps it to stand out from the crowd.

The model boasts real-world features like moving pistons, all-wheel suspension and working steering. Zavvi also has it at the moment for £69.99 – a saving of £55 off the RRP.

Four decades after his death, Elvis Presley remains a beloved pop culture figure. The singer has been recognised as the best-selling solo music artist of all time, and now your dad can show his Elvis fandom off with an entry in the LEGO Art theme.

31204 Elvis Presley “The King” lets you create a mosaic picture of the King of Rock and Roll. There are three different images to be created with this set, depicting Elvis at different points in his (tragically short) life. However, only one of them can be built at once with a single copy of it.

Still, with a 20% discount off the RRP (bringing the price down to £83.99) at John Lewis, buying multiple copies of the set might now be more attractive.

If your dad fondly remembers whipping down highways on two wheels rather than four, this LEGO set might be your best option. Recreating a sleek motorcycle from the Italian manufacturer, 42107 Ducati Pangale V4 R comes with an attractive red paint job and a host of innovative features.

The LEGO Technic bike features a two-speed gearbox – a new feature for this kind of model. It also comes with a V4 cylinder engine and a display stand, allowing your dad to easily show it off. You can now grab it for £44 at Argos, although you may also need to consider a small delivery charge.

Darth Vader is one of cinema’s most famous dads, even if he’s not the best role model for his children. As such, 75296 Darth Vader Meditation Chamber might be just what you’re looking for.

While it’s designed as a display piece, 75296 Darth Vader Meditation Chamber has some nice points of interactivity. The entire top half of the meditation chamber can be raised up, allowing you to place (or retrieve) Darth Vader and have him interact with Imperial officers. At £48 (and maybe a small delivery charge) from Argos, it’s a great choice this Father’s Day.

If you want to remind your dad how awesome your family is, 60291 Family House could be an option. It depicts your classic nuclear family and a small house for them to inhabit, with a kitchen, a garden and even a barbecue to play with. Other accessories like a minivan and hockey equipment mean there’s plenty to enjoy – and at just £32.99 (a £12 saving) from Zavvi, you won’t have to break the bank to add it to your (or your dad’s) collection.